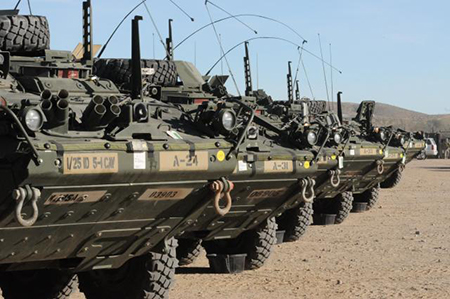 Sterling Heights-based General Dynamics Land Systems has been awarded a $228-million contract for the research, development, and testing of the Army’s primary medium-combat vehicle: the Stryker.

“This award shows the Army’s long-term commitment to improving Stryker capabilities for the warfighter, while ensuring that platforms are able to integrate planned and future upgrades,” says Gordon Stein, vice president for Stryker Brigade Combat Teams at GDLS.

The work at GDLS will be done in preparation for the Stryker Engineering Change Proposal upgrade program, which will focus on integrating a group of system improvements into a single upgrade program. The R&D effort aims to prepare Stryker vehicles to accept additional Army-directed requirements in the future without impacting current vehicle performance.

Work will be performed by existing employees at the Sterling Heights facility, and is expected to be completed by November 2018.