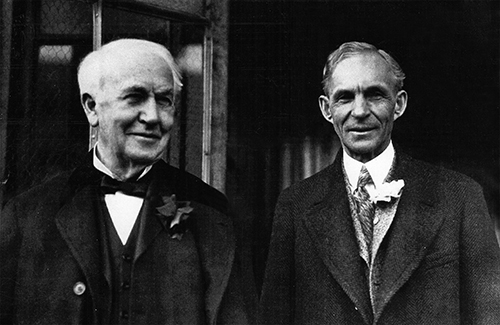 Ford Motor Co., in conjunction with General Electric, will install electric vehicle charging stations at more than 60 of its North American offices, product development campuses, and manufacturing facilities. Installation will begin next week at the automaker’s southeast Michigan locations.

“Ford’s commitment to sustainability extends beyond our fuel-efficient vehicles to include our daily workplace,” said Mike Tinskey, Ford’s director of vehicle electrification and infrastructure. “We know that a growing electrified vehicle infrastructure is key to making plug-in vehicles a viable option for more consumers.”

The charging station units will be networked together, allowing Ford to gather information such as the number of hours vehicles are charging and carbon dioxide emissions. The automaker is also asking employees — who will receive four hours of charging for free each day — to use the MyFord Mobile smartphone app to collect driving and charging information, as a way to better understand driving patterns and product design trends.

Under the partnership, GE will provide the charging stations and serve as the network provider. The relationship between Ford and GE dates to the late 1800s. In 1896, Henry Ford became friends with Thomas Edison (who co-founded GE in 1896) after attending one his lectures, and the two later experimented with their own electric vehicles, which never went to market.

In other Ford news, the automaker is expanding its advanced driving skills program for novice drivers to address dangerous driving trends such as taking selfies, or self-portraits, with a smart phone or tablet.

“Over the last 10 years we have taken pride in our ability to adjust the curriculum to keep up with the constantly changing world awaiting teens and other new drivers,” said Jim Graham, manager of Ford Driving Skills for Life. “We listen to the needs and concerns of teen drivers, and modify the program to keep it fresh and relevant.”