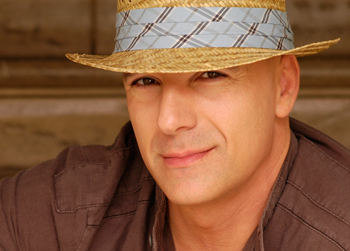 Surmelis, who has appeared on the HGTV network and The Today Show, among others, says the galleries are designed to take generic spaces and provide them with memorable décor and accents. “I chose Gardner-White for our gallery store because they’re such a good fit for us,” Surmelis says. “They get how your surroundings impact your life.”

As part of the rollout, customers who visit the Gardner-White store on Tuesday, and who have a connection with one of four charities, will receive a 20 percent discount on furniture.

Employees, volunteers, and donors from the YMCA of Metropolitan Detroit, the Southeastern Michigan Chapter of the American Red Cross, Volunteers of America, and Macomb County Habitat for Humanity are invited to meet Surmelis for design tips and advice on projects at 7 p.m. Tuesday. Anyone who has ever donated to one of the charities will be offered the discount.

“I’m excited to meet him because I’m an addict of HGTV and the DIY Network,” says Terri Benson, who handles fundraising events management for Macomb County Habitat for Humanity. “When this opportunity was presented to us, I was just so excited.”

Benson is redoing her living room, and will tote along a photo of a new, print chair she’s trying to match. She’s seen a couch Gardner-White is advertising on television and thinks it will fit in perfectly, but wants to see it in person and ask Surmelis for his expert advice.

“If it’s the same color green as the chair, I’ve just got to have it,” she says.

Benson is also excited for her co-workers and the organization’s supporters.

“It’s just a way, too, that we can give something back to our volunteers.”