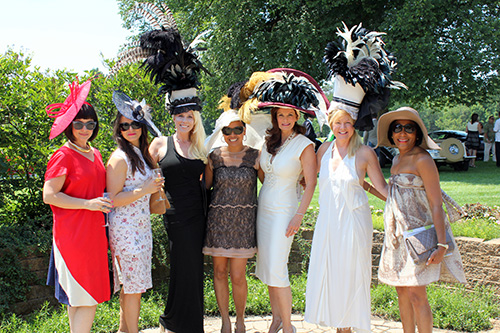 The sixth annual Garden Party — to be held June 8 on the private grounds of Meadow Brook Hall in Rochester Hills — is expected to bring out more than 800 guests, says the event’s coordinator Elyse Ruen.

“It first started at the Academy of Sacred Heart in Bloomfield Hills and has really grown since then,” Ruen says. “There’s over 30 restaurants and 100 different types of wine — which is what it’s always been focused around. The one thing that the Garden Party really prides itself on is that it’s strictly an afternoon for guests to mingle, eat, and enjoy a nice glass of wine.”

“There’s no silent auction or program,” Ruen says. “There no ask that’s made, which I think really differentiates it from other fundraisers. It is just a nice, pleasant Sunday afternoon.”

While the Garden Party Foundation is in the process of selecting the featured restaurants, guests can expect to see some mainstays, such as Andiamo and the Epicurean Group, which have participated in the event since the beginning. “But it changes every year, especially with all of the new restaurants that always seem to be opening (in the region),” Ruen says.

Last year, nearly 40 classic cars were on display at the event. “We encourage guests to bring their classic cars. We just ask that they register with us first,” Ruen says.