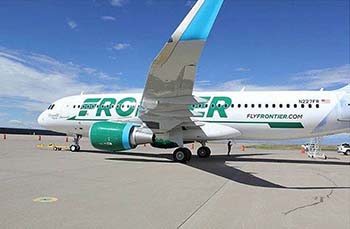 Frontier Airlines begins a new non-stop service between Detroit and Phoenix today, with flights as low as $100 at off-peak times.

Daniel Shurz, senior vice president of commercial at Frontier, says the flight to Phoenix will operate on Monday, Wednesday, Friday, and Saturday on an Airbus 320, which seats about 180 passengers.

“Travelers between big cities have enjoyed low fares while many markets have remained overpriced and underserved,” Shurz says. “Frontier’s low fares in these new markets will benefit millions of new fliers who are forced to drive because they haven’t found affordable air travel options — or they simply stay at home.”

“Total passenger traffic at Detroit Metropolitan Airport has jumped 8 percent for the first two months of 2016,” says Thomas Naughton, CEO of the Airport Authority. “A key factor in our growth is new service offered by airlines like Frontier.”

Denver-based Frontier Airlines is seen as a competitor of Spirit Airlines, focusing on being a low-cost carrier. The airlines added daily non-stop flight to Orlando in November.â€‹