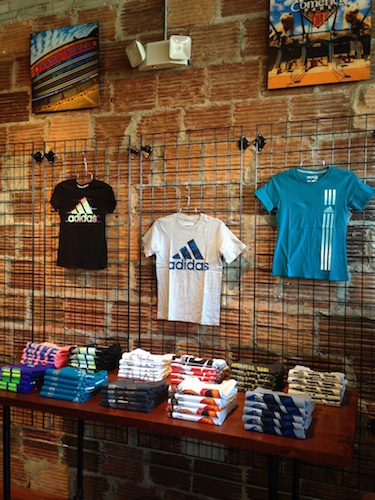 “We used to have a sporting goods store in Royal Oak, but there hasn’t been one for many years,” says John Wangler, referring to the former Al Lawson’s Sports Shop. “I think I’ve found the right spot to bring one back and help serve the community.”

John Wangler’s company Top Cat Sales, an official dealer of licensed Reebok and Adidas apparel and footwear that works with national retail chains including Dick’s Sporting Goods, will also move from its current Berkley location to the new building on Saturday. The wholesale dealer, which covers five states, will be located at the back of the store, he says.

Co. 512, pronounced 5-1-2, was originally expected to open at the end of 2013, but John Wangler, who played for the Wolverines from 1977 to 1980, says a combination of things led to a delay in the store’s opening. “(We did) a retrofit of a building built in 1919. When you try to bring something like that up to code, it’s going to take longer than expected. We basically gutted the whole building except for the foundation,” he says.

“We have put a lot of work into making this shop a place where sports enthusiasts will want to continue to come and feel like they’re part of the family,” Lorraine Wangler says.