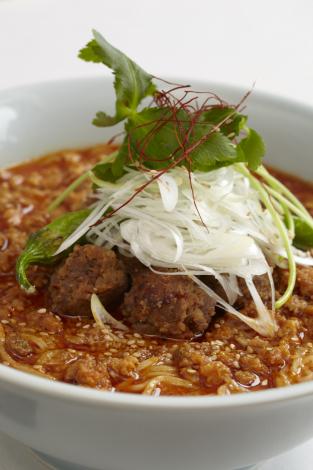 Former executive chef Takashi Yagihashi of Tribute in Farmington Hills, who has been working in Chicago for several years, has returned to Michigan and will open a new restaurant in Ann Arbor on Monday.

“Many times, my regular customers from Michigan asked me, ‘Hey, Takashi, when are you going to open a restaurant in Michigan? We always have to drive to Chicago,’” says Yagihashi, who opened Takashi in 2007 and the Slurping Turtle in 2011, both in Chicago. “So I started to think very seriously about this.”

Yagihashi and his business partner, Raj Vattikuti, will open the duo’s second Slurping Turtle location in the former Border’s store, at 608 E. Liberty. The 6,200 square-foot space — which Yagihashi describes as very simple, fun, and Zen like — will offer Japanese comfort food such as ramen and udon prepared on a specialty noodle machine.

Tadashi Nagura will serve as the executive chef of the Ann Arbor restaurant, while Aaron Cuschieri will continue to lead the Chicago kitchen. “I always push them to make specials, so I can’t wait to see how it’s going to be different,” says Yagihashi, who competed on “Top Chef Masters” in 2012 and was an Iron Chef America participant.

The 120-seat restaurant will start with dinner service only. It will begin offering lunch, banquet, and carryout service on May 5. Reservations will be available for parties of six or more. For more information, visit slurpingturtle.com or call 734-887-6868.

In other restaurant news:
Keego Harbor’s Jeremy Restaurant & Bar will close its doors on May 3, says Jeremy Grandon, the eatery’s owner and chef. He expects to open a new concept — on the very casual side — at the same location this fall.

“We’re in the final stages of creating a casual culinary experience that will fill a huge void in area dining options,” Grandon says. “It will very much resonate with former Jeremy patrons, and I can envision it quickly becoming a favorite neighborhood gathering spot.”

In addition, Which Wich Superior Sandwiches will open at 17045 Kercheval Avenue in Grosse Pointe Village on Wednesday. The sandwich franchise is best known for its ordering system, which allows customers to write their selections on a menu printed on sandwich bags.

“We are really excited to bring superior sandwiches to our hometown,” says Mike Berschback, co-owner of the Grosse Pointe Which Wich location. “The founder, Jeff Sinelli, is also from Detroit and a graduate of Michigan State University, so this really represents a homecoming for all of us. It’s an opportunity to give back to the community we love and impact it in a positive way.”

Berschback says that he and his business partner, Nabil Shurafa, plan to open several more Which Wich stores, the next being in Southfield, slated to open this fall. For more information, visit whichwich.com.