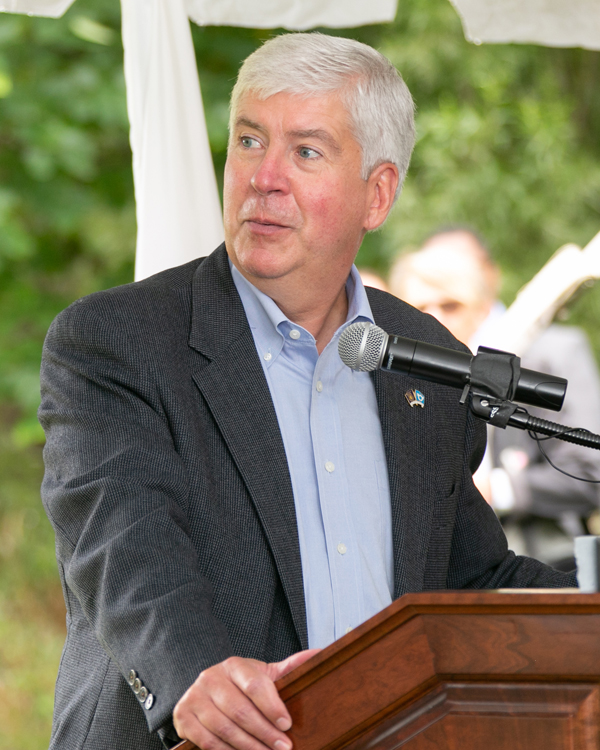 Gov. Rick Snyder will depart this week and lead an investment mission with a local delegation to China. The trip will include meetings with Chinese business leaders and officials and cover such topics as manufacturing, mobility technology, agriculture exports, and tourism.

Overall, 406 foreign direct investment projects were created in Michigan between January 2011 and August 2018, resulting in 51,596 jobs. Those projects generated a total capital investment of $12.7 billion. Additionally, Michigan saw a 24 percent increase in international travel spending from 2011-2017, with international travel spending in Michigan hitting $2.2 billion in 2017.

“The value of building relationships with other nations cannot be overstated,” says Snyder. “Michigan has benefited immensely from partnerships we have established and strengthened over the last eight years. Incredible advancements in manufacturing, mobility, and agricultural technology are taking shape not just here in Michigan but all over the world, and by matching with foreign companies that have similar goals, we ensure we are partners rather than competitors, creating new jobs for Michiganders and increasing our exports to nations all over the world.”

The missions have resulted in hundreds of millions of dollars of investment in Michigan by foreign companies, adding thousands of jobs to Michigan’s workforce. Major foreign investments from countries visited by the Governor or Lt. Governor include:

Recent Chinese investments in Michigan that are the result of missions taken by Gov. Snyder include:

China is Michigan’s third-largest export market, with exports valued at $3.7 billion in 2011.

Three of the companies participating in the MEDC-led trade mission to China have joined previous China trips. Corrigan Air & Sea Cargo also participated in 2014 and 2016 and the company has seen an increase in sales as a direct result of the trips, according to Corrigan Vice President Michael Murphy.

“We began working with MEDC about five years ago because we wanted to further develop our business in China, but had a difficult time finding the right customers and partners. The MEDC’s International Trade program is well designed, organized, and developed to help companies make the connections to Chinese companies,” Murphy says. “We hope the trade mission programs will be continued after Gov. Snyder leaves office.”

While Snyder is in China, Michigan Department of Agriculture Rural Development Director Gordon Wenk will lead a separate trade mission, helping connect a number of Michigan food and agriculture companies and commodities with Chinese buyers.