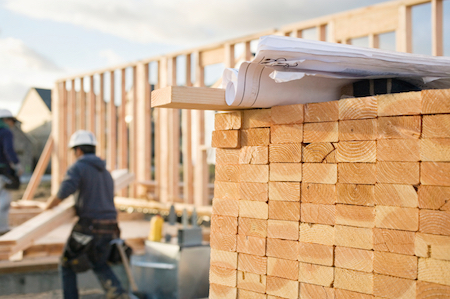 Projections suggest that more than 13,000 single-family home permits will be pulled across the state this year, up 8 percent when compared to 2014, according to a new report released today from the Home Builders Association of Michigan.

This year’s projection is intentionally more conservative than in previous years, says Bob Filka, CEO of the association.

He points to four main factors that will determine if the forecast is met or exceeded, including a continued increase in the number of full-time employees working in the state; oil prices remaining relatively low; a return to more average weather conditions in February and March; and workforce expansion in the state’s building industry.

“Not having enough qualified workers to do the job is very frustrating for home builders, would-be-home owners, and I think for state officials as well,” Filka says.

In fact, more than 70 percent of Michigan homebuilders point to workforce-related problems as one of the industry’s top issues, according to a survey of the association’s members.

Last year, the Home Builders Association of Michigan predicted that nearly 1,600 single-family home permits would be pulled across the state. The end result was a reported 12,735 permits, valued at $2.9 billion, according to the association.

“We saw many scattered site builders have delays of two or even three months in getting framing crews to their sites last year,” Filka says. “Workforce issues and the bad weather were the big culprits in keeping permits for home construction flat in 2014.”

Despite the nearly 20 percent difference in prediction and outcome, 2014 and 2013 were the two strongest years for permits since 2007, Filka says.

Overall, 36 percent of Michigan homebuilders believe the industry is doing much better than last year, while nearly 57 percent say that it is doing slightly better.