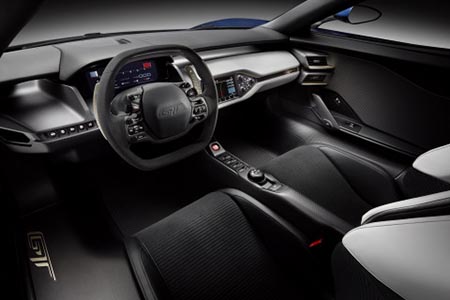 Dearborn-based Ford Motor Co. is working with new measurement methods including eye-tracking and biometrics to help design its vehicles. Ford used the approach in designing the interior of the all-new Ford GT.

“We need to build on and evolve what we have achieved so far to continue to deliver exciting and fresh solutions,” says Moray Callum, vice president of design for Ford. The interior design of the Ford GT builds on existing DNA and pushes it forward.”

The automaker used techniques such as measuring where people’s eyes linger the most and biometrics (analyzing voice patterns and eye retinas) to determine which features in a car people respond favorably to.

The GT will feature an engine that produces more than 600 horsepower, rear-wheel drive, and a two-door coupe body shell. The GT is made of lightweight materials, including carbon fiber and aluminum, which increases efficiency.

Production of the vehicle is expected to begin late next year. The GT’s MSRP is estimated at $400,000.