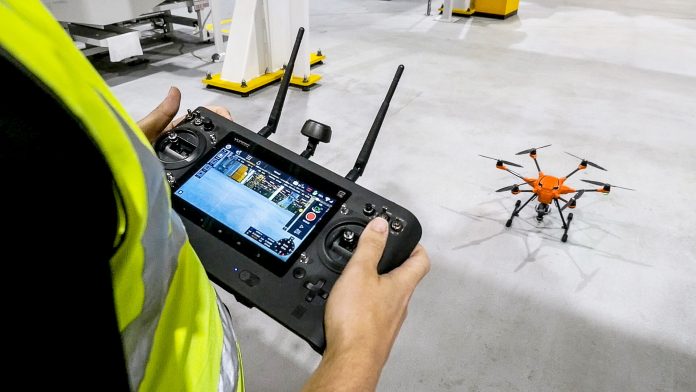 Ford Motor Co. in Dearborn today announced it is using small aerial drones equipped with motion cameras to inspect high-rise gantries, pipework, and roof areas at its Dagenham Engine Plant in the U.K.

Ford’s drones are also used to inspect pipework, locate air leaks, and check machinery. The automaker is now evaluating the possibility of using drone technology in other regions.

Now, using drones equipped with GoPro cameras, maintenance staff can inspect the same area in 12 minutes. The whole production facility can be covered in a day, zoning in on hard-to-reach areas to ensure they are well-maintained and comply to safety standards.

“We’d joked about having a robot do the work when there was a lightbulb moment — use drones instead,” says Pat Manning, machining manager at the Ford Dagenham Engine Plant. “We used to have to scale heights of up to 50 metres to do the necessary checks on the roof and machining areas. Now we can cover the entire plant in one day and without the risk of team members having to work at dangerous heights.”

With the time saved, the team at Dagenham can carry out more frequent inspections, without having to shut facilities to construct scaffolding.