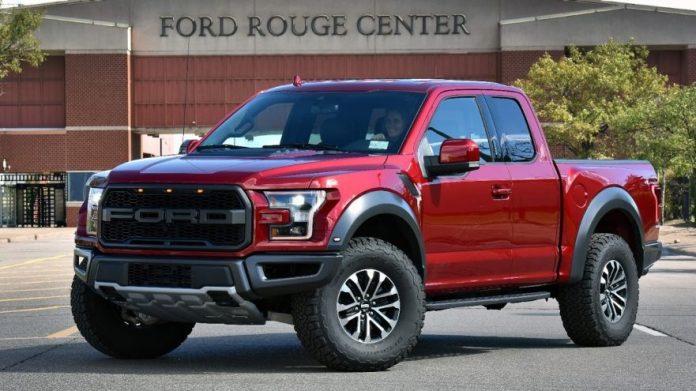 As part of the 100th anniversary of the Ford Rouge Center in Dearborn, Ford Motor Co. today announced the plant will begin producing the first F-150 Hybrid Electric pickup there starting in 2020.

In addition, the automaker announced it has opened a $45-million, 135,000-square-foot Advanced Manufacturing Center in Redford Township.

At the same time, the UAW and Ford are spending $35 million to expand a training facility just a few miles from the Rouge in Allen Park so employees can learn how to better adapt to market disruptions. The goal: Create the workforce of the 21st century.

Ford designed the facilities to accelerate the pace of manufacturing innovation in the company’s areas of robotics, 3D printing, virtual reality, and process innovation, including collaborative robots, artificial intelligence, and digital factories.

“New technology and innovation continue to be hallmarks of all Ford plants – inspired by what the Rouge has been known for during the past century,” says Joe Hinrichs, president of global operations at Ford. “We will continue finding new ways to apply new technology and tools to deliver high-quality vehicles for our customers and even more meaningful work for our hourly workers.”

The tools aim to improve the efficiency of the Rouge facility and its 7,500 employees. During the plant’s three-crew shift cadence, a new F-150 rolls off the end of the assembly line every 53 seconds.

With the switch to aluminum for F-150 bodies in 2014, the plant added a patented aluminum recycling system. This closed-loop system, with two miles of duct work and computer-controlled gates, has helped Ford recycle 12 to 15 million pounds of aluminum a month at the Rouge. That’s enough to build more than 37,000 F-series truck bodies a month – equaling 144 million to 180 million pounds of aluminum per year.

The plant, which recently reached zero-waste-to-landfill status, is also part of the company’s broader water reduction strategy. Ford’s long-term goal is to use zero potable (drinking) water in its manufacturing processes.

To further help clean the nearby Rouge River, Ford is launching a volunteer program with Friends of the Rouge, a local NGO dedicated to cleaning up and preserving the Rouge River.

Ford’s Rouge complex is the only one in American history to manufacture vehicles – including ships, tractors and cars – non-stop for 100 years. It’s kept running through two world wars and 18 U.S. recessions, all while producing some of the world’s most famous vehicles – from the Model A to the Mustang to the F-150.

It started in 1918 when the plant began producing Eagle Boats for the U.S. Navy during World War I. Today the facility’s 7,500 employees work three shifts round-the-clock to manufacture America’s best-selling vehicle: The F-150 pickup.

“Just as the Rouge has been a harbinger of progress for a century, Ford is committed to ensuring our trucks continue to power the world in a sustainable way – whether they are powered by EcoBoost engines, hybrid powertrains, or are fully electric,” says Bill Ford, executive chairman of Ford.