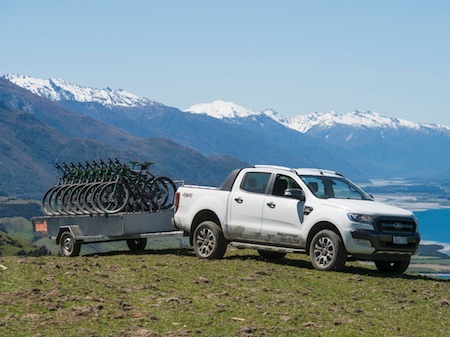 Dearborn automaker Ford Motor Co. today announced plans to bring its “Built Ford Tough” truck brand to China to capitalize on the country’s emerging pickup market. The company will outline their strategy at an event in Shanghai led by Mark Fields, president and chief executive officer of Ford. The company will also announce pricing for the F-150 Raptor, which will go on sale in China immediately, as well as plans to begin selling the Ranger mid-size pickup in 2018.

Though pickup trucks currently represent less than 2 percent of the market, Fields adds China is already the fourth largest truck market worldwide, with 14 percent growth last year. Following market research conducted by Ford to better understand Chinese consumer attitudes, wants, and needs regarding trucks, pickups have generally been perceived as lacking comfort and modern features in this market. Chinese customers, however, have had more exposure to modern trucks through television, media, film, and the Internet, catalyzing an interest in trucks with “SUV-level comfort and refinement.” Those surveyed also cited work needs and outdoor lifestyles as reasons for purchasing a truck. Additionally, China has been easing restrictions on pickup usage in city centers, which has driven a growing interest in the vehicles.

Plans to bring the Ranger to China in 2018 are the result if its sales record in other markets, including Europe, South Africa, and New Zealand, where it was the best-selling midsize pickup, and second best-selling midsize truck globally outside North America. Pricing details have not yet been announced.