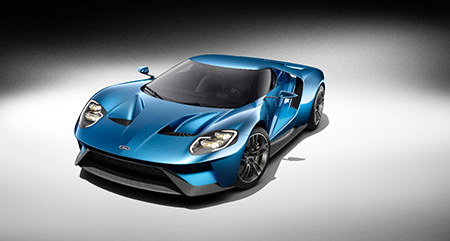 It’s going to be a busy year for Ford Motor Co., which announced today it will debut 15 new products in 2015, as well as roll out the Ford Sync AppLink 3.0 and develop low-cost, high-grade carbon fiber in mass volumes with Midland-based Dow.

“If there is a secret to our longevity, Ford has always been driven to improve people’s lives through innovation, and through innovation we are changing how the world moves,” said Bill Ford, the company’s executive chairman during a news conference today at the North American International Auto Show in Detroit.

The automaker introduced the 2015 Ford F-150 Raptor, the Shelby GT350R Mustang, and the all-new Ford GT — one of more than 12 new Ford Performance vehicles coming by 2020.

Each of these vehicles — like all new Ford cars and utility and light-duty pickups in North America, starting this year — are available with Ford EcoBoost technology.

Globally, about 5 million vehicles will feature the EcoBoost engine this year, says Ford, noting that the company is focused on three things: “green, global, and hi-tech.”

Tthe Ford Sync AppLink 3.0, is one part of the “hi-tech” strategy. Customers will be able to use the app to access the projection of moving graphics — such as maps from smartphones — via in-vehicle touch screens.

“With each new version of AppLink, we’re improving the in-car experience with better integration of smartphone apps and easier ways for customers to access and control the content they love,” says Joe Beiser, Ford’s director of connected services for Europe, Asia Pacific, and Africa.

This next version of AppLink benefits from the open-source SmartDeviceLink initiative that is driving new feature innovation. As part of that project, Ford is working with Alibaba, a global consumer Internet service, to extend the group’s map, navigation, and music services to vehicles.

Ford already has rolled out its AppLink technology globally, including North America, South America, Europe, and Asia Pacific. Three new markets are slated to come on board this year: Taiwan, New Zealand, and Thailand.