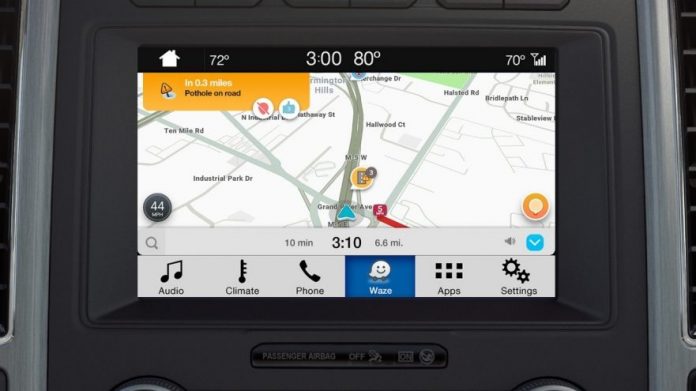 Ford Motor Co. in Dearborn today announced it was resuming F-150 production earlier than expected after a shutdown caused by a fire at a key supplier plant, and that it was partnering with the popular navigation app, Waze.

The company restarted production on its F-150 pickup truck at its Dearborn Truck Plant after more than a week of downtime. Ford has also repaired the supply chain for Super Duty trucks, with production targeted to restart by Monday at the Kentucky Truck Plant and the Kansas City (Mo.) Assembly Plant.

This follows the massive May 2 fire at the Meridian Magnesium Products facility in Eaton Rapids, near Lansing. The company, a key truck supplier for Ford and other automakers, produces parts made of lightweight metals.

“While the situation remains extremely dynamic, our teams are focused on returning our plants to full production as fast as possible,” says Joe Hinrich, Ford’s president of global operations. “The ramp-up time to full production is improving every day.”

Ford also announced that it was partnering with the world’s largest community-based traffic and navigation app, Waze.

Users of Waze can now project the app’s real-time traffic and navigation service onto the touch screen in Ford vehicles via SYNC AppLink and control it through voice command. For owners of Ford SYNC3-equipped vehicles, this allows easier access to features including finding efficient traffic routes, locating cheaper fuel prices, and reporting traffic accidents.

“Our goal is to make it as easy as possible for people to access the smartphone features, apps, and services they care about most in the car, without having to pick up their device,” says Don Butler, Ford’s executive director of connected vehicle platforms and products. “With Waze, our customers get the benefits they’re accustomed to with the added luxury of experiencing them on a bigger screen.”