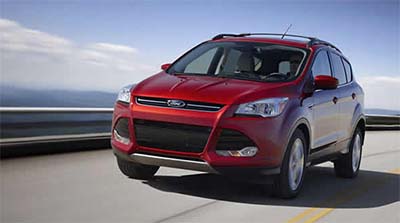 Dearborn-based Ford Motor Co. has teamed up with the California-based software company Pivotal to support the automaker’s development of mobile and user experiences.

“As we grow to become both an automaker and a mobility company, having leading software development expertise is critical to delivering at the speed consumers expect,” says Marcy Klevorn, vice president and chief information officer of Ford. “Customers today are used to frequent software updates on their mobile devices, and expect them with all technology. This collaboration with Pivotal allows for quicker vehicle software updates and an even better user experience for Ford customers.”

Klevorn says Pivotal will work with Ford to improve its Sync Connect technology that offers drivers the ability to lock or unlock their doors, check fuel and oil levels, and locate where their vehicle is parked remotely via a smartphone app. She says over time, the features will grow with software enhancements.

SYNC Connect makes its debut in the spring in the new Ford Escape, with other vehicles to follow.

Ford is also scheduled to test its fully autonomous Ford Fusion Hybrid sedan next year on California public roads as part of the Ford Smart Mobility Plan, as its research center in Palo Alto expands.

The Ford Research and Innovation Center Palo Alto has expanded from a 15-person office to a 100-person research and development center. In the past year, research conducted out of the lab includes a study of the interaction between an autonomous car and pedestrians; sensors to provide a 360-degree view of the vehicle’s surroundings; camera-based pedestrian detection; and data-driven health care.

The center joined with Girls Who Code, a nonprofit working to close the gender gap in technology, to offer mentorship and instruction to club members.

“The use of technology is growing exponentially among young people, yet it is becoming increasingly difficult to attract them to technology-related educational programs,” Klevorn says. “Ford is working with Girls Who Code to educate them on the many exciting career opportunities available in the fields of science, technology, engineering, and math.”

Klevorn says women are underrepresented in the tech industry, making up 18 percent of computer science graduates in the United States, down from 27 percent in 2001. 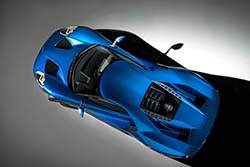 IN RELATED FORD NEWS, the all-new Ford GT will debut a new windshield that is about 30 percent lighter than traditional glass. The brand name is Gorilla Glass.

Ford worked with Corning Inc. to develop the window, which will be used on both the windshield and rear engine cover of the Ford GT.

Paul Linden, body exteriors engineer at Ford, says the hybrid window is about 25 to 50 percent thinner than traditional laminate. He says the reduced weight of the windshield, engine cover, and bulkhead glass on Ford GT positively impacts acceleration, fuel economy, and braking performance.