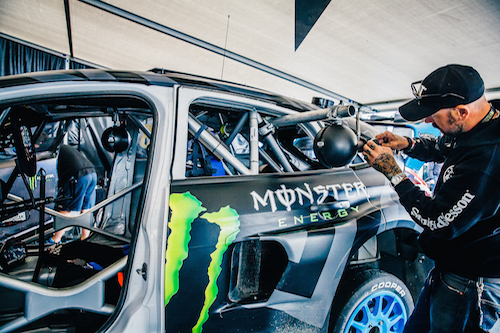 “Our virtual reality platform allows us to tell dramatic, impactful stories, to show a surprising side of Ford,” says Lisa Schoder, digital marketing manager for Ford.

The first piece of featured content on the app, which has the option to be viewed with a virtual reality headset, is the story behind the new Ford GT’s return to the 24 Hours of Le Mans. Fifty years after the company’s original victory, the vehicle delivered a class win in mid-June.

App users can expect the next story to debut in September, which will feature Hoonigan Racing’s Ken Block and the Ford Focus RS RX. Users with their push notifications turned on will get the update when new content goes live.

To bring the app to market, Ford partnered with Tool of America, an integrated production company that specializes in virtual reality and 360-degree content and mobile app creation.

The app is now available for iOS and Android devices.