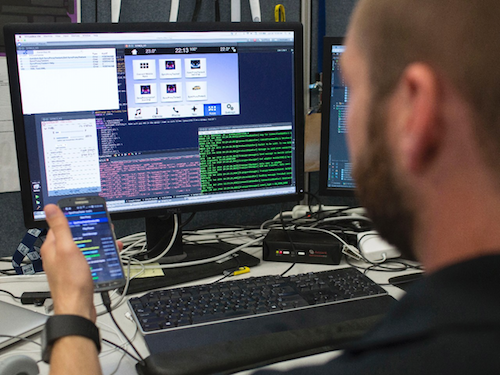 As part of its Ford Developer Program, Dearborn-based Ford Motor Co. has launched a software platform for smartphone app developers. The goal is to make it easier and more cost efficient to develop in-car apps compatible with the company’s communication and entertainment systems.

Called SYNC 3 AppLink Emulator, the program allows developers to create and test apps for compatibility with the connectivity system in the automaker’s SYNC-equipped vehicles without needing to access an actual car or truck.

Using the software, developers can test how their app will look and work on the SYNC 3 interface through various conditions, such as vehicle speed, location, temperature, and mileage.

“The SYNC 3 AppLink Emulator makes app development far more accessible to the developer community,” says Dave Hatton, manager of mobile app development for Ford Connected Vehicle and Services. “We expect this tool to open the door to a host of new and exciting car-friendly apps from developers, both big and small, around the world.”

He says the software will help speed development, especially in markets where developers have limited access to vehicles or Ford’s current method of SYNC-compatible app development.

The software is currently available at no cost to developers on Ford’s website.

Launched in 2013, the Ford Developer Program invites app developers to innovate with the company in the auto industry’s first end-to-end developer ecosystem. The program now has more than 15,000 registered users and more than 90 AppLink-compatible smartphone apps globally.