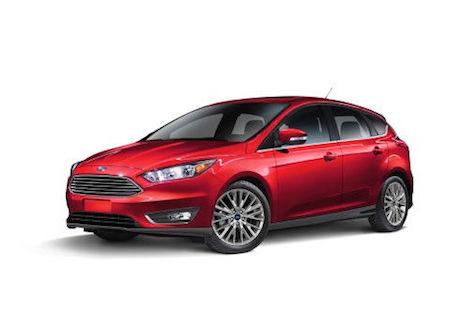 Dearborn automaker Ford Motor Co. has announced a $900 million investment in Kentucky Truck Plant for upgrades to build the new Ford Expedition and Lincoln Navigator, which will be arriving in dealerships this fall. Both full-size SUVs will be exported to more than 55 global markets, including bringing the Navigator to China.

The investment will secure 1,000 jobs for hourly workers at the plant, in addition to the 2,000 jobs created from a $1.3 billion investment at the plant in late 2015 to support the Ford Super Duty. Kentucky Truck currently employs nearly 7,600 full-time hourly employees.

“Large SUVs are attracting a new generation around the world, and we’re finding new ways to deliver the capability, versatility, and technology that customers around the world really want with our all-new Ford Expedition and Lincoln Navigator,” says Joe Hinrichs, Ford’s executive vice president and president for global operations. “At the same time, we also have looked at how we can be more successful in the small car segment and deliver even more choices for customers in a way that makes business sense.”

Additionally, the company announced production on the next generation Ford Focus will begin during the second half of 2019 at existing Focus plants globally. More of the new North American Focus models will be imported from China, with additional variants coming from Europe.

Ford adds that no current U.S. hourly employees will lose their jobs due to the Focus’ new manufacturing plan, as production of the current North American Focus at the Michigan Assembly Plant will continue through mid-2018. Following that, the plant will be converted to produce the Ranger midsize pickup truck in late 2018 and the Bronco midsize SUV in 2020.

The new Focus production plan will save Ford $1 billion in investment costs versus the original plan — $500 million on top of the $500 million savings announced earlier this year by cancelling plans for a new manufacturing facility in San Luis, Mexico and moving Focus production to Ford’s plant in Hermosillo, Mexico.

“Finding a more cost-effective way to deliver the next Focus program in North America is a better plan, allowing us to redeploy the money we save into areas of growth for the company – especially sport utilities, commercial vehicles, performance vehicles as well as mobility, autonomous vehicles, and electrified vehicles,” adds Hinrichs.