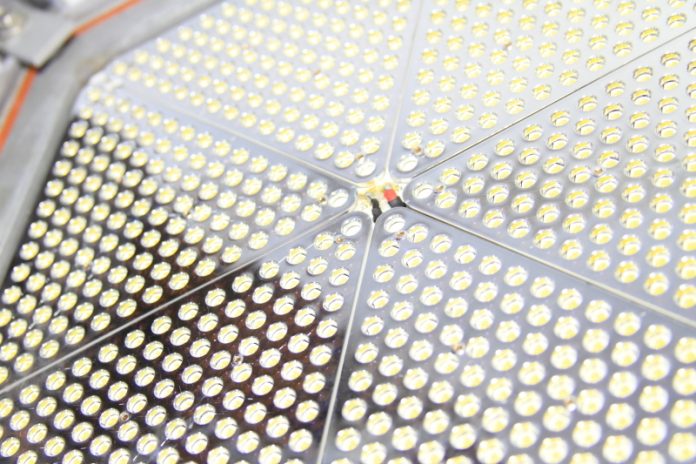 Ford Motor Co. announced today that it is investing more than $25 million in the installation of LED lighting at its manufacturing facilities around the world.

The LED replacement program began at the Dearborn Truck Plant in late August and will continue through the year at 17 other facilities in Michigan, including the Livonia Transmission Plant and the Dearborn Stamping Plant.

The upgrade is expected to reduce the automaker’s energy costs by approximately $7 million.

“Moving to LED gives us impressive efficiency improvement,” says George Andraos, director of energy and sustainability at Ford Land, the automaker’s real estate arm based in Dearborn. “Ford worked closely with its scientists and suppliers to investigate and closely follow the rapid development of LED lighting.”

The new lights will replace traditional high-intensity discharge and fluorescent lights, and are expected to reduce Ford’s energy use at manufacturing facilities by 56 million kilowatt-hours annually — enough to power more than 6,000 average-sized homes per year.

In addition to energy savings, the LED lights will improve safety by eliminating hazardous materials in fixtures and lowering fire risks. At the same time, the technology provides a brighter work area, better uniformity, and improved color perception, which the company says will provide a better quality of life for plant employees.

“This is a long term investment in our future that highlights our aggressive approach to lead in environmental improvements and achieve operating efficiencies,” says John Fleming, executive vice president of global manufacturing and labor affairs.

In 2011, Ford set out to cut its energy use by 25 percent per vehicle by 2016. To date, the company has achieved 20 percent energy efficiency, Andraos says.