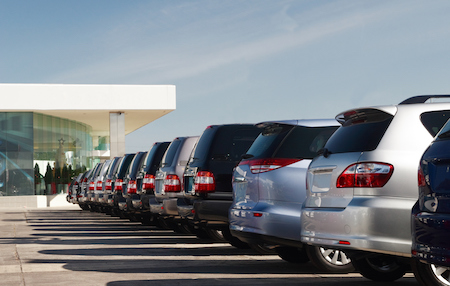 “Our September sales were strong across the board – including retail, commercial, and government. We’re pleased to say recovery in Houston and Florida is moving quickly, with all of our dealers in the area now back up,” says Mark LaNeve, Ford’s vice president for U.S. marketing, sales, and service. “We couldn’t be happier with the tireless effort from our dealers, employees, and the countless first responders who are moving so quickly.”

Additionally, fleet sales totaled 52,704 vehicles, representing a 25.1 percent increase compared to 2016 due to order timing this year. Transit sales also totaled 13,456, a 25.4 percent increase for the van’s best September since its introduction in 2014.

General Motors Co. also reported a 12 percent year-over-year increase in total sales for September, for a total of 279,397 units. The increase was driven by a 17 percent boost in sales at Chevrolet and a 9 percent jump at GMC.

“Our new crossovers from Chevrolet, Buick, GMC, and Cadillac have been very well-received and Chevrolet had an outstanding month with the Silverado and Colorado,” says Kurt McNeil, U.S. vice president of sales operations. “We are entering the fourth quarter with strong momentum, great products, and a healthy economy.”

The Chevrolet brand posted its best September since 2004, including a 14 percent increase in Silverado sales, a record month for the Bolt EV, and a 69 percent and a 104 percent increase on the Equinox and Traverse, respectively.

Combined, Chevrolet’s electrified vehicles, the Bolt EV and Volt, totaled 3,929 deliveries. The Trax was also up 8 percent, and the Impala increased 7 percent.

Representing 84 percent of total sales, FCA US reported retail sales of 146,904 units, a .3 percent increase compared to Sept. 2016. Following the company’s strategy to reduce sales to the daily rental segment, fleet sales of 27,632 units were down, as expected, 41 percent year over year.