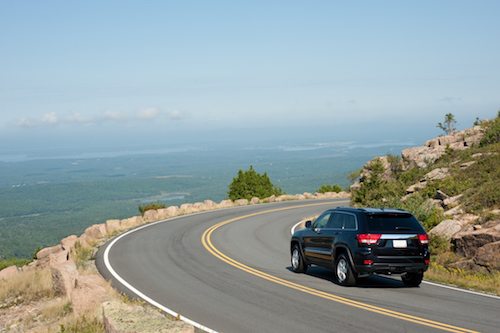 As the second month of 2017 begins, Dearborn-based automaker Ford Motor Co. announced its January retail sales were 120,400 vehicles, a six percent increase, while total U.S. sales were down one percent.

Ford’s F-Series sales totaled 57,995 trucks last month, a 13 percent increase, supported by strong retail gains in both the F-150 and Super Duty models. F-Series was up 19 percent in retail, with gains in every region, and January represented the best sales start for F-Series since 2004.

A strong performance by the Lincoln Continental, with 1,167 cars sold, contributed to the brand’s overall 22 percent increase. Additional contributors included Lincoln MKZ sales of 2,090 and Lincoln MKC with 1,668 sales, a 7 percent and 16 percent increase respectively.

GM saw a range of increases across all four of its brands, with the Chevrolet Cruze up 22 percent, the Volt up 56 percent, and the Trax up 40 percent in the models’ best-ever January retail sales. Buick crossover deliveries were up 20 percent, and deliveries of the GMC Acadia were up 15 percent compared to 2016. Cadillac sales increased by 1 percent.

McNeil adds that GM is optimistic about 2017 because “the economy is strong and the company’s four brands are dramatically expanding their product offerings in fast-growing crossover segments.”

Fiat Chrysler Automotive also today announced their January sales of 152,218 units, an 11 percent decrease compared to sales in January 2016. Fleet sales were also down 31 percent year-over-year as FCA US continues its strategy of reducing sales to the daily rental segment. Fleet sales represented 28 percent of total sales for the month.

Sales of the Chrylser Pacifica, the most awarded minivan of 2016, were up in its first month of year-over-year comparisons.