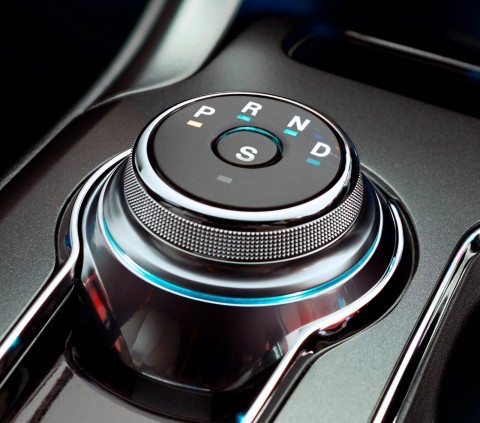 Return to Park, a new technology designed by Dearborn-based Ford Motor Co. to automatically shift a vehicle into park when various conditions occur, will be featured in every 2017 Ford Fusion.

The new technology uses data from the vehicle’s network of sensors to ensure a car or truck is in park if the driver indicates their intention to leave the vehicle without changing gears.

Return to Park shifts the vehicle into park when the engine is turned off or the driver’s door opens with the seat belt unlatched, ensuring that it’s safe to exit the vehicle. The technology feature will shift into neutral until the car slows down below 5 mph before automatically shifting into park.

The feature will not operate if it detects the belted driver has opened the door while the vehicle is moving, and will not operate when the Fusion is in ‘Stay in Neutral’ or ‘Neutral Tow’ modes.

“When we decided to go with the new rotary shifter for the 2017 Ford Fusion, the team all sat together in a room to see what additional customer benefit we could bring to the table,” says Mark Zyskowski, global e-shift systems technical expert at Ford. “We thought about what we could add without getting in the way of normal day-to-day scenarios, and all agreed that a feature to help confirm Park is selected when exiting the vehicle seemed really worthwhile.”

Company officials with Ford say vehicle rollaways often occur when drivers exit the vehicle when the engine is running and the transmission is not in park, and can pose a danger to other vehicles and pedestrians.

According to a National Highway Transportation Administration study published in August, 360 people were killed in accidents involving unattended vehicles with no driver control between 2012 and 2014. In an average year, about 2,000 people are injured in similar accidents.