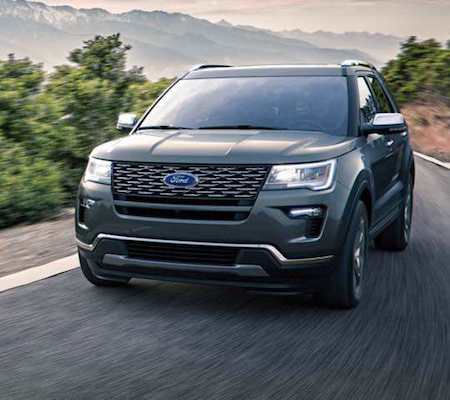 “As we develop our strategy to become the most trusted mobility company, designing smart vehicles for a smart world, we will continue to reshape the organization to deliver the most value for our customers and all of our stakeholders,” says Jim Hackett, Ford’s president and CEO.

“The changes we are announcing today will further align resources and improve efficiencies throughout our global markets and operations. At the same time, I want to recognize the truly significant contributions of the senior leaders departing from Ford and thank them for their many years of service.”

As part of the moves, Kumar Galhorta was named group vice president of Lincoln and chief marketing officer, effective Nov. 1. He will report to Jim Farley, executive vice president and president of global markets. In this expanded position, Galhorta will continue to lead the transformation of Lincoln as a world-class luxury brand, a role he has held since Sept. 2014.

Stephen Odell, executive vice president of global marketing, sales, and service, has elected to retire, following 37 years at Ford. During his career, Odell led development and implementation of Ford’s European transformation plan, which emphasized profit growth through a focus on new products, a strong brand, and increased cost efficiency.  He also served six years with Mazda on three continents and as CEO of Volvo.

Ford is also announcing the following changes in global operations and Ford of Europe:

Linda Cash has been named vice president for quality and new model launch and will report to Joe Hinrichs, executive vice president and president of global operations. In this role, she is responsible for driving quality processes throughout the design and production of Ford vehicles, new model launches globally, and ensure alignment throughout business operations. Since joining Ford in 1984, Cash has spent her career in manufacturing and previously served as vice president of manufacturing for Ford of Europe based in Cologne, Germany.

In Ford of Europe, Birgit Behrendt was named vice president of joint ventures, alliances, and commercial affairs. Appointed a corporate officer in 2013, Behrendt is the highest-earning German national and first German national female officer working for Ford of Europe. In this newly created position based in Cologne, she will be responsible for all joint ventures and alliances in Europe, including the development of new arrangements to support the company’s business growth. She will also be part of the leadership team responsible for driving the region’s strategic initiatives.

All appointments are effective Jan. 1, 2018 unless otherwise noted.