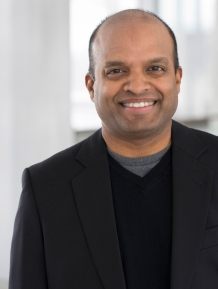 Dearborn-based Ford Motor Co. today announced changes to its senior management team. In turn, on Wednesday it was announced Raj Nair, executive vice president and president, North America, was leaving the company effective immediately due to reports of inappropriate behavior.

“(Ford is) very fortunate to have an experienced and committed executive team in place driving every day to significantly strengthen our business while building toward our vision of becoming the world’s most trusted mobility company, designing smart vehicles for a smart world,” says Jim Hackett, president and CEO of Ford.

Nair’s exit from the company follows a recent internal investigation into reports of inappropriate behavior.

“We made this decision after a thorough review and careful consideration,” says Hackett. “Ford is deeply committed to providing and nurturing a safe and respectful culture and we expect our leaders to fully uphold these values.”

Nair has been president of Ford North America since June 1, 2017.  Prior to that, he served as Ford’s head of global product development and chief technical officer.

In his new role, effective March 1, Galhotra will be responsible for leading all aspects of Ford’s North American business. He will report to Jim Farley, Ford executive vice president and president, Global Markets.

Over the 29 years Galhotra has been with Ford, he has served in a variety of senior-level engineering and product strategy positions around the world. He has led Lincoln Motor Company since 2014, working to revitalize the model lineup and develop a world-class customer experience, and has served as the company’s chief marketing officer since last year.

“Kumar is an incredibly talented executive with a special feel for product and brand. He is also a seasoned leader who knows how to drive a business transformation,” says Farley. “Kumar is the right person to lead our North American business to new levels of operational fitness, product and brand excellence, and profitability.”

Rowley, who has been named vice president and chief operating officer, Ford North America, effective March 1, will report to Galhotra. Rowley will be responsible for driving the redesign of the North American business to improve its overall fitness. He was previously vice president, Strategy, Ford Motor Company.

Additionally, effective March 1, Falotico will succeed Galhotra as group vice president, Lincoln Motor Company and chief marketing officer. Falotico will be responsible for leading the continued evolution of Lincoln. She will oversee all Lincoln operations globally, including product development; marketing, sales, and service; and all team members supporting the brand. Additionally, she will lead the company’s marketing to in hopes of connecting more closely with customers by identifying new opportunities to serve them. Falotico will report to Farley. She remains chairman of the Ford Motor Credit Company board of directors.

Falotico has been group vice president and chairman and CEO, Ford Motor Credit Company, since October 2016. In her 29 years at Ford Credit, she has served in a number of executive positions around the world, including leading Marketing and Sales, working side-by-side with Ford to support sales and dealer success, and strengthening consumer and dealer service. Ford Motor Credit Company is a global automotive financial services company with $151 billion in receivables, making it Ford’s second-largest profit contributor.

“Joy has been a driving force behind not only Ford Credit’s consistently strong financial performance but also its business model innovation and transition to a digital customer platform,” says Farley. “She brings marketing experience and a deep customer focus as Ford enters a very busy new product launch period to drive growth in revenue and profitability.”

McClelland will succeed Falotico in his new role as vice president of Ford Motor Company and CEO, Ford Credit, effective March 1. He has been with Ford Credit for 25 years and has served in a variety of leadership positions, including most recently as executive vice president, Marketing and Asia Pacific. McClelland has been key in Ford Credit’s growth in China, in addition to Ford Credit’s move into new fintech and mobility initiatives, such the Canvas vehicle subscription service and online financing. He will report to Bob Shanks, executive vice president and chief financial officer.

Lawler, who joined Ford in 1990, has been appointed vice president, Strategy, effective March 1. In his new role, Lawler succeeds Rowley and will report to Shanks. Lawler brings a deep background in finance and general management. He is currently Ford’s corporate controller and previously served as chairman and CEO, Ford China. He will support Hackett in advancing the global initiatives underway to improve Ford’s operational fitness, as well as help lead the company’s execution of strategic choices that define where Ford allocates capital in the future.

O’Callaghan, who joined Ford in 1990, has been named vice president and corporate controller, and CFO, Global Markets, effective June 1. She succeeds Lawler and brings finance experience having held several senior level positions globally. She will report to Shanks in her role as corporate controller and Farley in her role as CFO, Global Markets. She is currently chief financial officer, Ford South America. O’Callaghan’s replacement will be announced in the future.