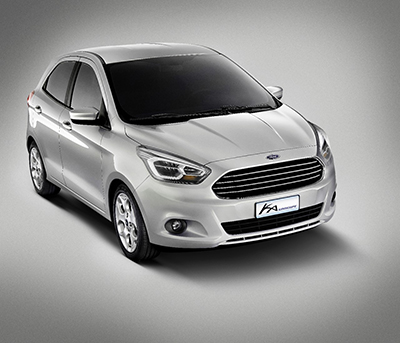 Ford Motor Co. unveiled the Ka Concept hatchback on Wednesday to help meet rising global demand for compact vehicles, a segment projected to increase by some 6.2 million vehicles by 2017.

From a design standpoint, the Ka — the second vehicle developed by Ford Brazil, the first was the EcoSport compact utility — offers many global design cues, including a trapezoidal front grille and detailed surface lines. With notable fuel economy, seating for five, and technologies such as a central docking station for mobile devices and Ford Sync, the Ka is expected to launch as early as 2014, the automaker said.

“The sub-B compact segment is important for developing markets as (we) see the emergence of new people entering the middle class and buying/experiencing their first vehicles,” said Anderson Chan, a Ford North America spokesman. “Compact vehicles are preferred for their easy maneuver in the urban centers of these markets.”

The Ka was unwrapped during a Wednesday ceremony at Ford’s Northeast Industrial Complex in Camacari, Bahia, Brazil. Ford’s luxury brand, Lincoln, also had its own unveiling Wednesday, when it revealed the 2015 Lincoln MKC, a sporty option for luxury customers in the small premium utility segment. 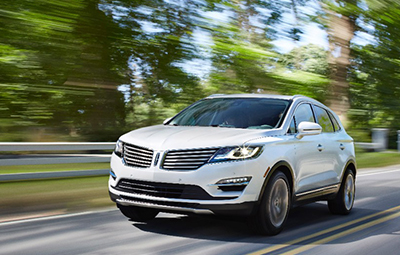 “We’re confident we’ve created an all-new vehicle that will attract new customers to the brand while meeting the expectations of long-time Lincoln drivers,” says Max Wolff, director of Lincoln Design.

Continuing a design ethic that was first introduced on the all-new Lincoln MKZ midsize sedan, the MKC features pedestal side mirrors, soft exterior lighting, and an available Panoramic Vista glass roof. An all-new Lincoln steering wheel debuts on MKC and will be available on all future Lincoln vehicles.

The MKC Concept, shown at the 2013 North American International Auto Show in Detroit in January, introduced a uniquely crafted wraparound liftgate, a design feature that carried over to the production model following a collaborative effort from the Lincoln design and engineering teams. “The execution of the new liftgate is a prime example of how a signature premium design element can create a better customer experience,” Wolff says.

Production of the Lincoln MKC is slated to begin in the second quarter of 2014 at the Louisville Assembly Plant in Louisville, Ky. Vehicles are due in showrooms next summer.