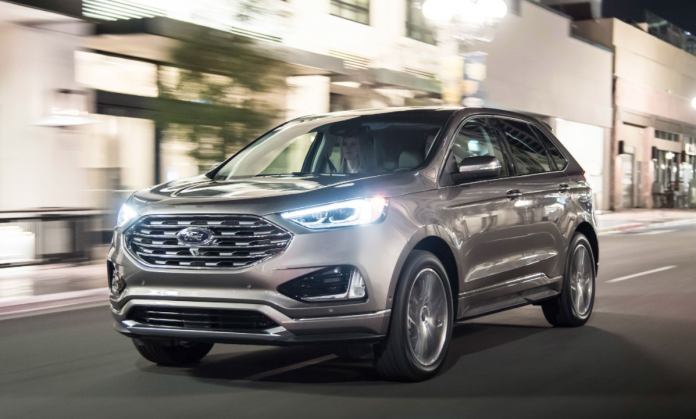 Ford Motor Co. in Dearborn announced today that it is adding a new package for its 2019 Edge lineup. The automaker debuted its Edge ST Version at the North American International Auto Show last month.

This month at the Chicago Auto Show, it will debut its Titanium Elite package.

The addition of the Titanium Elite package comes as consumers are flocking to higher-end SUVs. In fact, sales of Ford’s higher-trim SUVs have risen 6 percent over the last four years. In addition, during the same period, Ford saw an 8-percent uptick in sales of its higher-trim Edge models, including the Titanium and Sport.

As Ford tries to reorganize under new CEO Jim Hackett, who replaced Mark Fields last May, the company is putting a lot of resources into SUVs and trucks. This is in response to Ford seeing a 2.9 percent increase in overall SUV sales, and a 4.3 percent bump in trucks. Cars, though, were down more than 14 percent.

The 2019 Edge will go on sale later this summer, and the price is still pending. However, the 2018 Edge Titanium starts at $36,925, almost $7,000 more than the SUV’s base price. Consumers can expect the 2019 Edge Titanium Elite will start a bit higher than that.