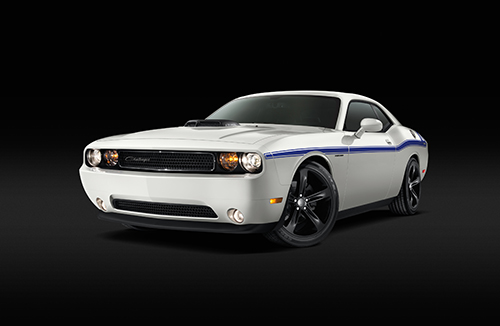 The Mopar ’14 Dodge Challenger has sold out after just one day on the market, Chrysler Group announced Wednesday. Only 100 units of the limited edition had been made available to the public.

“The very high demand for the Mopar ’14 Challenger spotlights the success of our limited-edition, Mopar-modified vehicles, and also clearly demonstrates the passion our customers have for personalizing their rides,” says Pietro Gorlier, president and CEO of Mopar. “Whether during or after the ordering process, Mopar is there to help put a personal touch on customers’ rides.”

Mopar distributes more than 500,000 parts and accessories in more than 130 markets for Chrysler and Fiat vehicles. And, every so often, the brand offers is own customized version of production models, including the 2010 and 2011 Challengers, the 2012 300, and the 2013 Dart.

In the case of the Mopar ’14 Dodge Challenger, the brand installed a 5.7-liter Hemi V-8 engine, gloss black aluminum wheels, and leather seating, among other upgrades. Of the orders placed, 52 opted for the pitch-black exterior, while 48 chose bright white.

In other Chrysler news, the automaker has launched two new websites that aim to better connect its brands with consumers. Chrysler Group on Demand allows for quick access to social media and video content, while ChryslerGroup360 offers in-depth feature articles and interactive photos and video galleries via the format of a digital magazine.