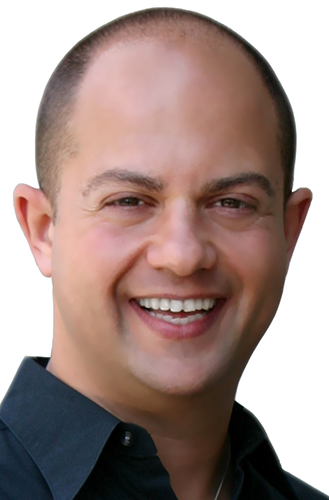 Vladimir Gendelman, founder of Keego Harbor-based Company Folders, an online firm that sells an array of document folders, report covers, and business cards to Fortune 500 companies, small businesses, and non-profits, spoke with DBusiness Daily News about bouncing back after falling in page ranking in Google’s search results and nearly shutting down.

1. DDN: How did you get into the business folder business?

VG: I was doing computer repair work, and a few of my clients and friends who were (using) presentation folders did not get anything they were extremely crazy about. I realized that there was an opportunity for an innovative folder company, so that’s exactly what I did. The presentation folder, unlike most other printing products, is extremely unique in the sense that there are a lot of different options. Everybody offers a set of a few folders, and a few styles. And then if you want something with a vertical pocket, you have to pay for the die-cut. If you want something with five-inch pockets instead of four-inch pockets, you have to pay for the setup and so on and so forth. So I identified those things and created a whole line of products that are very unique to (serve as) our standard.

VG: When we first started, our business model was all tied to SEO, or search engine optimization. (Previously) the way SEO was done was all about the number of links coming to your site with anchor text that mentions your keywords. That’s how we had been doing it, or the company that was hired to do our SEO, that’s how they were doing it. Of course, with time, Google got smarter and they were able to identity what they classified as good and bad ways of SEO. In retrospect, I realize we were actually manipulating Google. However, in our case, we really were qualified to be listed at the top (of Google search) for our keywords, but the way we did it was actually through manipulation. Once Google was able to identify those things, they released an update. And part of that update was that they go over your website and give you a penalty if you were not doing things the way they wanted.

3. DDN: What was the impact on Company Folders?

VG: As a result of this penalty, we started dropping in rank — to the point where we lost 80 percent of our traffic. It wasn’t pretty. It definitely had an impact on our ability to get clients because most had been coming in through Google. So we lost traffic, (and) we lost all of these (potential costumers). At one point, I thought maybe we should just close down, but you know, I spent all of this time building the company. I had employees who were dedicated, like a family, so I made the decision to do whatever it took to get the company back up. And with a lot of hard work, we did a complete turnaround.

4: DDN: How did you accomplish the reversal?

VG: We identified other ways of engaging with our clients and potential clients by implementing social programs, a blog, a folder design gallery, and folder design templates (on our website). We completely rebranded the company and website. The changes led to increased conversion. Our quote conversion after we did the redesign increased by 67 percent, which is huge. Out of whatever traffic we were getting to our website, we were able to increase (the number of customers).

VG: The company is bigger, better, and more stable than it ever was. We are currently looking to fill five positions and up to seven internships. We are going to be looking for office space probably this year or next year. While I have numerous locations to explore, Detroit is definitely one of them. The city is the city. There’s a lot happening there, a lot of very interesting, innovative companies. A lot of interesting, smart, and technological people are there. I think that company folders would be a great fit for the city as well.