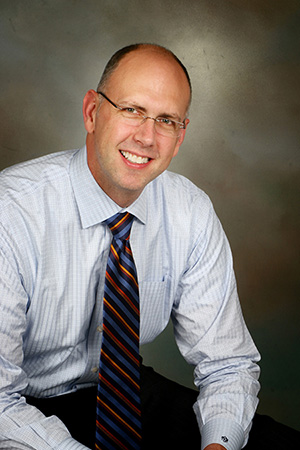 BullsEye Telecom is a Southfield-based firm that provides various telecommunications and data services primarily to multi-unit operators, or businesses that have anywhere from five to 2,000 locations. Tim Basa, vice president of the company’s sales and marketing department, spoke with DBusiness Daily News about the industry’s changing landscape and what it’s doing to help companies transition from analog to digital phone service.

1. DDN: How has the telecommunications landscape changed since BullsEye was first established in 1999?

2. DDN: Do you see that trend continuing?

TB:  It’s a new world and it’s going to keep changing, especially considering that AT&T came out publically and said they want to shut down the copper network. As that starts to happen, the urgency will start to build to move off of some of those services that people have been using (during their entire career) as a business owner.

3. DDN: What is BullsEye doing to help during that transition?

TB: We’re taking a proactive approach to what we call Analog-to-Digital, or the Sunset of POTS (Plain Old Telephone Service). We’re reaching out to clients and we’re educating them and others who are interested about what the roadmap looks like during that transition period. If someone had 1,000 locations, they’re not going to be able to convert all of them overnight. We’re walking them through these stages they’re going to have to go through to have a successful deployment of voiceover IP services, whether that’s swapping out the entire phone system, just changing the connectivity, how they can do it, and the people they’re going to need to talk to in different departments.

4. DDN: What kinds of benefits are there to cloud-based phone services?

TB: The whole workforce is making calls on their cellphones, so they’re using their personal identity to make a business call. We have an app for Android and iPhones that allows them to make a call from their phone, tablet, or PC while keeping their business identity. So I could call you on my iPhone from my car, and you’d think I was calling from my office line. If it’s the end of the day and I have to get to my son’s basketball game, and we’re in the middle of a conversation, I could put you on hold and transfer you to my iPhone, and you wouldn’t even know I’m on it.

TB: What we found is that there’s a need (for our services) at smaller businesses, with maybe six or seven locations. These businesses might go online, do some research, and buy a voiceover IP phone system, but when the box arrives, they don’t really know what to do with it. So we’ve taken the approach that we’re going to target some of these businesses in specific markets. The first three are Dallas, Houston, and Atlanta, where we opened sales offices in the third quarter of 2014. We have telecommunications experts calling these local businesses to help give them some professional guidance as they look to transition to this digital phone service world. Every big company starts out as a small company, so our sales team meets them where they are today and grows them where they want to go. We believe if we take care of them and exceed their expectations, they’re going to stay with us for a long, long time.