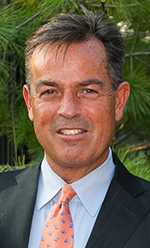 Terry Olson, founder of The Rebel Spirits Group in Warren, spoke with DBusiness Daily News about what’s new with the Zim’s Vodka line, which is made in Poland and sold in Michigan, with plans to expand to other states.

1. DDN: What differentiates your vodka from others?

TO: We’re made with pure Polish potatoes. We are gluten free, and we have two different distinct products, one is called Zim’s 81 (81 proof). And we’re one of the first vodka companies to come out with a lower calorie, lower alcohol content vodka. It’s called Zim’s 59. Both products have been great, but Zim’s 59 has been a homerun. It’s good, and it’s clean. We’re an ultra premium product, so I go after the Grey Goose market space, and we’ve done a pretty good job with that.

2. DDN: What are your plans for new products?

TO: If you’re familiar with the vodka world, a lot of the big companies will come out with flavored vodkas — cherry and vanilla and coconut and peanut butter. We just announced a deal where we’ve partnered with iFlavor, which has flavors that you can actually infuse into your drink. You can be your own mixologist. (The flavor concentrate) doesn’t change the color of your drink. If you want a cherry cocktail, you can control how light or strong the flavor is. We’re doing some co-branding and co-marketing initiatives. The market response has been very good so far.

3. DDN: Are you entering into any other partnerships?

TO: We’ve (teamed up) with a company called Veritas. They’re a distributor in Michigan, and they’ve got 18 sales people on the streets. So last year, the 400 accounts that we generated were done between myself and Bruce Carroll, who’s my chief sales officer. And then we had one ambassador out in Grand Rapids that helped us. So to grow this business and to really take it to the next level, we had to partner with (a company like this). And we’ll do that pretty much in every state — partner with the right distributor that has salespeople on the street, so that our customers can be reached more often.

4. DDN: What states are you expanding into?

TO: We’re expanding into Pennsylvania, which is one of the largest consumers of spirits in the country. It’s also a controlled state, so it’s much like Michigan. So we’re presenting the paperwork and then I’ll go out there and interview with the state. We’re also looking at Illinois, Florida, and Georgia. I wanted a combination of geographic coverage. With Pennsylvania, that would get us to the east coast. Illinois is close. It’s a non-controlled state in the Midwest and is probably about 10 times the size of the Michigan market in terms of potential. And then I also want something down south.

5. DDN: Tell me about your growth since you first launched in early 2013?

TO: I think we exceeded all of our expectations, especially in Michigan. I tell people, a year ago, I had a lot of vodka and no clients and today, I’ve got over 400 clients and a little less vodka.

I’d like to see double growth each year. When you’re small, those numbers sound great, but they’re attainable. We want controlled growth, too. We’re not looking to put a bottle into every restaurant. I want to have cases in restaurants and bars — that’s what’s important in this business. It’s not just being in a location with one product. It’s getting in there and getting people to reorder. That’s the key.