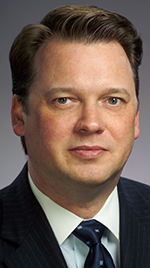 1. DDN: President Obama instructed the Secretary of Labor Thomas E. Perez to update regulations regarding who qualifies for overtime protection. What will that mean for some employees?

TB: Currently, the regulations say that in order to be considered exempt (from overtime pay), the employee has to have a base salary, where they are guaranteed at least $455 every week regardless of the number of hours they work. That number was actually set in 2004, so if you look at it in terms of today’s dollars that would be about $560/week, which comes out to just under $30,000/year. Essentially, what it appears the President wants the Secretary of Labor to do is rewrite the regulations to increase that base salary to a higher number.

One of the things that I found interesting about the memorandum that was signed is that it (directs the Secretary of Labor to) “simplify the regulations to make them easier for both workers and businesses to understand and apply.” In my mind, that directive goes beyond simply changing the salary test. That gives the Secretary of Labor the authority to reevaluate the application of the duty test as well.

2. DDN: Why are opponents of this change concerned?

TB: Generally speaking, managerial level employees are exempt from the minimum wage and overtime requirements of the Fair Labor Standards Act. The assumption is that they are guaranteed a salary and that the work they do is really not something that can be done on an hourly basis. They might have duties that require they be there early in the morning or late at night. And it’s really unfair to the employer to pay extra for these well-paid individuals — and I think that’s the point of contention there — to do their job.

There are two states that have already set a higher minimum salary to qualify for these exemptions. California is one of them, and I think the numbers are somewhere like $630/week. If that’s true in California, and let’s be quite frank, they have a higher cost of living to begin with. You’re looking at about $32,700/year. So if the base salary is currently $23,000/year, and let’s say (the federal rules) move to the California number, which is $32,000/year, you’re looking at eliminating a number of these exemptions.

It’s interesting, because if you ask, “Who are the managers or exempt employees who are making between $23,000 and $32,000 a year?” It would strike me that a number of them would be retail managers, maybe restaurant managers. (By increasing the base salary required for exemption), employers would now be required to pay them overtime. And if you’re talking about retail and food service, that’s simply going to be tacked onto the costs of those goods. If my costs go up, chances are I’m going to increase the cost of my product.

3. DDN: When were the overtime rules last revised?

TB: In 2004, and that’s when that $455 per week amount was established. Prior to that, it was $250 per week. Also at that time — and this was under the (George W.) Bush administration — the manner in which the exemptions were evaluated and analyzed was greatly “simplified.” Prior to that, there were multiple standards. They had what they called the long test and the short test for each of the exemptions. And it was a cumbersome process to decide who was exempt and who was not. In order to simplify that, we went to each of the exemptions having a single duty test along with the standard salary test. There were some other changes made during that time, there were some exemptions that were clarified. But ultimately, the effect was supposed to be to make it easier for employers to be able to properly classify their workers.

TB: Not so much. And not so much because the regulations themselves were particularly confusing, but because of the way that subsequent Departments of Labor have interpreted those regulations.

For example, the duty test contained some fairly vague terms. One of the exemptions is that the employee has to exercise independent discretion and judgment. Now what does that mean? For example, the current Department of Labor says that if the employee is given a rule book and told “It’s your job to enforce these rules,” and the employee just has to look up the rule and say, “Nope, you broke this rule,” that’s not truly independent judgment and discretion because the employee is simply following a set of written procedures. So now, it’s not enough that you’re required to enforce the rules to get the exemption, you also have to have the authority to interpret the rules. The current Department of Labor is making it more difficult for current employers to show than an employee meets that duty test.

5. DDN: Do most businesses are properly identifying who gets overtime and who doesn’t?

TB: I think they’re trying their best to be compliant. But sometimes it’s hard to be compliant with a moving target. As the interpretation of the regulations changes, an employer that was 100 percent certain that they were compliant three years ago, without having made any changes whatsoever, may suddenly find themselves not in compliance — not because they’re not doing anything different but because the rules are being interpreted differently.

I really don’t know that business owners would object to the rules being made simpler to apply. They may welcome that, so long as the rules don’t substantially change what it means to be exempt or non-exempt employee.