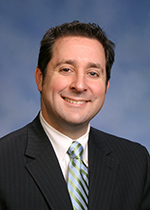 Steve Tobocman, director of Global Detroit, spoke with DBusiness Daily News about the Global Great Lakes Network, making metro Detroit the Silicon Valley of the Midwest, and how immigration is a powerful economic development opportunity.

1. DDN: What is Global Detroit?

ST: We’re a regional economic development initiative that looks at how we can grow the regional economy by tapping into immigration. We started in 2009 with a 15-month study that was released in June 2010. It made a series of recommendations and since then, we’ve launched five programs from that study. And there are another half dozen programs that are either in prototype stages or being run in house.

2. DDN: Can you tell us about one of these programs?

ST: We launched the first international student retention program in the country in 2011. It’s called Global Talent Retention Initiative of Southeast Michigan, (which aims to retain the state’s foreign-born students). Michigan educates 27,000 international students, who are three times as likely to major in science, technology, engineering, and math, or STEM areas. The majority of them appear to be getting graduate degrees, so these are really valuable workers to the new economy. In fact, some of the research we uncovered suggests that a quarter of all of the high tech firms that were created in the U.S. between 1995 and 2005 had an immigrant founder or co-founder. The average high tech entrepreneur starts their business 13 years after they come to the United States, and the No. 1 reason why they come here is to get an education. So we really see retaining international students as the pathway to becoming the Silicon Valley of the Midwest.

3. DDN: Your group is part of the Global Great Lakes Network, which includes similar Midwest-based organizations. Why do you think this region has been so supportive of these types of efforts?

ST: The Midwest has probably been harder hit in terms of the economic crisis over the past 25 years. So whether it’s the collapse of steel in Pittsburgh or the collapse of auto in Detroit, we’ve been forced to innovate and figure out how to capitalize on our strengths. What we share in common is that we tend to have great research universities, and we’re also in areas where we’re trying to rapidly transition into the new economies, the knowledge economies. And we’re finding that up scaling our populations is difficult. We’re all battling the loss of population as we tend to be aging populations with low birth rates, and immigration tends to provide a lot of talent as well as lot of younger working age people who are repopulating cities and revitalizing neighborhoods.

4. DDN: The network is convening this week in Pittsburg. What outcome are you expecting?

ST: One of the interesting things about this conference is that most of the initiatives, about 80 percent of them, have started in the last four years, and most of them have started completely independently, without any kind of national or regional affiliation. That’s why this network is being formed — we think there’s a lot of learning that can go on from meeting each other and comparing best practices.

We don’t envision a huge organization, but there are some ongoing things that we could be doing together. An example is something we’ve already started: city-to-city visits. For instance, I recently spent a day in Toledo presenting Global Detroit and its work to the mayor and chamber of commission. So that’s an example of a network activity that we’d like to foster and do more of. It gives people an opportunity to learn about how other cities are tackling these issues. It also tends to be an inspirational tool for other community leaders. It shows them that there’s a different approach around immigration that is growing across the Midwest, and it’s very different from what you see when you watch (the news).

5. DDN: How does this differ from the issues we’re seeing on a national level?

ST: The nation is sort of gripped in this political fight that tends to be completely dominated by the issue of the undocumented. And while there are certainly some issues that Congress needs to deal with that are understandably difficult about who’s here with legal presence and how to deal with the 11 million undocumented (immigrants). When you ask how we can benefit from immigration, the answers are pretty clear and obvious. We see immigrants as people who make jobs, not take jobs, and as people who help raise the per capita income and the prosperity of the region for all of us. And that’s why we’ve taken on this initiative of being welcoming to immigrants in Detroit and why our counterparts in the Midwest are doing the same everywhere from St. Louis to Pittsburgh.

We are not a social justice initiative that is seeking to alleviate the sufferings of a struggling immigrant class. We are a regional economic development imitative that is asking the questions of “How can we grow the economy and create more jobs for all of us?” And when you look at what immigration has done in Detroit and throughout metro Detroit and across Michigan, it’s a very positive picture.