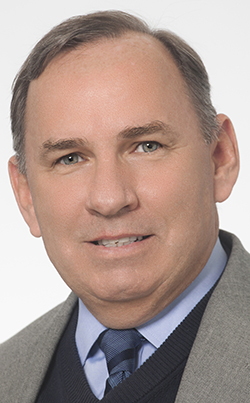 Scott Landry, who took over as president and CEO of the YMCA of Metropolitan Detroit earlier this year, spoke with DBusiness Daily News about creating what he calls intentionality and his plans for moving the organization forward.

1. DDN: As the top executive, what is your primary goal for the YMCA?

SL: When you take the place of a CEO who held the position for quite a while (Reid Thebault), one of the first things you think about is refocusing the organization or, as I like to say, creating intentionality. We have to be intentional with our actions going forward.

SL: The Y has been around for over 160 years in Detroit and has a long legacy of doing wonderful things in the community. Many people don’t realize that, in 1909, an aquatics director at the downtown Y in Detroit started this national thing called group swim lessons. If you fast forward to today, one of the biggest things we do is a program called Detroit Swims. The program teaches young children in the city of Detroit how to swim. It’s about being much more intentional with an old-school program like aquatics lessons, and refocusing it for kids in Detroit.

3. DDN: Do you intend to revise the organization’s mission?

SL: For an organization that is as iconic as the Y, it would be difficult to change the mission. You don’t change the mission. What we are beginning to do is rebrand ourselves. We’re looking a different way to present ourselves in the community, mostly around messaging. So we’ve taken all of the wonderful things we do and we’ve boiled them down to into three areas: youth development, healthy living, and social responsibility. As we move forward, we’re gong to look at everything we do through that prism.

4. DDN: How are you promoting that message within the organization?

SL: If we’re going to do everything we’re talking about — being programmatically intentional and rethinking ourselves and looking at how the Y brand is presented to the public — we have to think, speak, and act in ways that focus on our three areas of youth development, healthy living, and social responsibility. It’s a way for us to show up every day at work and focus on the things that we need to do. We call that “living our cause.”

5. DDN: Is there anything new in terms of your fundraising efforts?

SL: Things have been going exceptionally well with fundraising, knock on wood. But what we’re finding is that fundraising is much less about asking people for money now and is much more about showing people interesting, innovative programs. It’s about partnering with people and other organizations, and showing people what you’re doing.