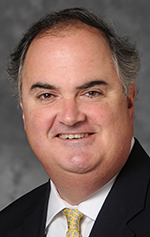 Sandy Hudson, chief development officer at Henry Ford Hospital in Detroit, spoke with DBusiness Daily News about the annual Get Your Heart Racing fundraiser to be held Sept. 12-13 and the development of new cutting-edge technology to fight heart disease.

1. DDN: What inspired the creation of the Get Your Heart Racing fundraiser?

SH: The event was born four years ago to connect Henry Ford Hospital with Ford Motor Co., given our legacy of having the same founder. It was the first time a fundraiser was held at Ford’s test track in Dearborn, and it was wildly successful in its first year, raising over $800,000. It’s grown every year since, and (now) it’s become a two-day event where we will hold a pit party at Eastern Market on (Sept. 12), and driving on the test track (in Dearborn) the following day.

Not including this year, we’ve raised over $2.2 million and we’re on track to top $3 million with this year’s event. It’s the most successful fundraiser that Henry Ford Health System has.

2. DDN: What do you attribute that success to?

SH: It’s a really unique fundraiser in that we started out in building this in terms of what would be important to both parties. Often, fundraisers start out with what’s important to the nonprofit or the charity, and this really was a mutual beneficial situation. Ford got to put qualified buyers into their products on their test track. It was a great marketing vehicle for them, and we had the opportunity to raise a lot of money for — and also bring awareness to —  (the beneficiary of the fundraiser, the) Edith and Benson Ford Heart and Vascular Institute. Which ironically is working with a lot of cutting-edge technology, some of which we’re adopting from the automotive industry.

SH:  There’s one procedure in particular that involves (computer-aided design) software — which has been around the automotive industry for years. Now, our heart and vascular institute and our structural heart disease program have adopted the CAD software to look at the structure of the heart before doing some of the interventional procedures. It allows us to truly understand how the stints and other types of medical devices that we’re installing are actually going to fit as opposed to before, when it was done with statistics. It improves patient outcomes, and it’s really neat to see the innovations from the auto industry that are being brought to the health care arena, and the Edith and Benson Ford Heart and Vascular Institute is leading the way on that.

4. DDN: Is this technology in use at the institute?

SH: We’re using it, but we’re constantly improving the software. We’re actually working with companies in the automotive space that have the best of the best technology on that front. It’s neat to see the connectivity between the two industries come around in order to improve patient care.

5. DDN: Why is the development of this kind of technology important?

SH: Heart disease is one of the largest killers of the American population. There’s no one-pill solution for it, but this kind of research certainly allows for treatment to be happening sooner than (it) would have and to allow for a better understanding of the behaviors that we all need to undertake in order to prevent heart disease through diet and exercise.

Editor’s Note: Henry Ford Health System’s Edith and Benson Ford Heart & Vascular Institute will be the beneficiary when the coveted final production 50 Years Limited Edition 2015 Ford Mustang, badge No. 1,964, is offered at the Barrett-Jackson Las Vegas auction Sept. 25-27. Ford will build only 1,964 units of the 50 Years Limited Edition Mustang fastback in honor of the year the pony car debuted.

“Ford Mustang inspires passion like no other car,” says Raj Nair, Ford group vice president of global product development. “The visceral look, sound and performance of Mustang resonates with people, even if they’ve never driven one. Mustang is definitely more than just a car – it is the heart and soul of Ford Motor Co.”

For more information, or to register for Get Your Heart Racing, visit getyourheartracing.org.