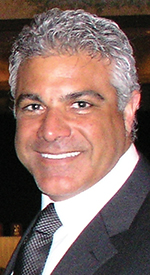 DDN: At the beginning of your term, you said you were looking forward to 2013 being a comeback year for the home building industry in southeastern Michigan. Did that come true?

Now that’s there’s more activity in these communities, we’ve been able to do some things that we were doing years ago when the industry was booming. (The HBA) started our task force meetings again, which are networking opportunities for builders and city officials to meet in a non-threatening environment. We also broke ground for the first Homearama that we’ve had (since 2003). We had been in the survival mode, and now we’re back in the growth mode, which is nice.

(The Homearama, a tour of luxury homes, will be held at the Pinnacle at Oaklands from Aug. 29 to Sept. 21.)

DDN: What progress did the Home Builders Association make in 2013?

SP: There were an attempted 2,100 (building) code changes to our codebook. (The Michigan Home Builders Association) had to analyze those (and determine) which were legitimate. We were successful with (blocking) 94 percent, but that still made for almost 100 code changes.

DDN: What are some examples of the code changes that were made?

SP: Hurricane straps. I mean, we’re in Michigan. We don’t need to add unnecessary costs to these homes. Every time you increase the (value of a) home by $10,000, you have thousands of homeowners that can’t afford it anymore. And to add hurricane straps and things that — those are things our association continues to fight against. We defeated that one.

We also changed one of the taxes in Michigan that affected builders greatly. It removed the 18-mill school tax on new residential homes while they are under construction. Builders used to have to pay taxes on vacant lots and homes under construction for the 18 percent school tax. We were able to get that removed, which was a big plus.

DDN: What are some of the challenges builders face now?

SP: Our biggest problem right now is a shortage of builders and contractors. It’s taking longer to build houses, and everyone is trying to do more with less. We haven’t been able to meet public demand for housing. If you go in any subdivision right now, there are no “for sale” signs — they’re all sold.

We’re just trying to get back some trainees. There’s not enough kids going into our trades. (Economists at) the University of Michigan are saying they’re expecting over 60,000 new jobs each year in 2014 and 2015. And a lot of those are construction, which is fantastic.