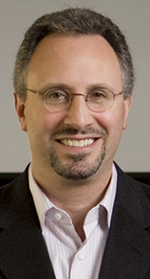 Rob Nusbaum, president and CEO of Berloni America, spoke with DBusiness Daily News about the opening of the EuroAmericaDesign in Troy, a comprehensive 15,000-square-foot showroom that carries thousands of products for kitchens, baths, and closets — all under the same roof.

1. DDN: Why did you decide to open EuroAmericaDesign?

RN: EuroAmericaDesign fills a void the marketplace. I opened Berloni America, which is the United States distributor for Berloni Italy, about six years ago. We had this beautiful 15,000-square-foot showroom, but we didn’t sell direct. We basically used it to train our dealers. (Now,) it’s kind of like one-stop shopping for everybody — for the decorator, the builder, the architect, and the end consumer.

2. DDN: What are the current trends in kitchen and bath designs?

RN: Tastes have changed over the last several years. Before, the market used to be more than 90 percent traditional, with the crown and base moldings and so on. Now, at least 35 percent of the market has switched over to contemporary or transitional — which is really the European way. People like the European cabinets, which have cleaner lines. There’s not a lot of fancy moldings or anything like that. They’re simple yet elegant. They’re also very efficient because the Europeans, out of necessity, don’t waste an inch of space in the interiors of cabinets — particular in smaller kitchens.

3. DDN: Are you selling more for renovations or new homes?

RN: Right now, it’s kind of a mixed bag. The builders are building again, which is great news for the economy. So we’re doing quite a bit of (new construction), but we’re also getting quite a few people who come in either with decorators or on their own for renovations. They might have been putting off projects to redo their kitchen or bathrooms, but now that the value of their homes are increasing, they’ve decided to put money back into their homes again. So we’re seeing it on both ends.

4. DDN: What are your plans for the showroom?

RN: We’re actually in the middle right of redoing the entire showroom right now. For European lines like Berloni, they’ve dropped a lot of lines over the last few years because of the economy. In Italy, the economy has been as bad as it’s been in the United States, maybe worse. They have had a chance to take a look at their product line, delete many items, add different styles, and create different looks. In April, at the Milan show, many of the manufacturers are going to be introducing whole new lines. They always come out with variations of things that they have, maybe in different colors or with different handles. But now, they’re condensing and revamping, and coming out with fresh, new lines. It will be interesting to see.

5. DDN: What about future growth or expansion?

RN: EuroAmericaDesign is strictly in Michigan, and my plans are just for this location. I think we can handle everything we need and then some from. For the distributorship, which is now called Berloni America, we’ve expanded our offerings to more than just Berloni, so we’re back on the road to (offer the additional lines to) our existing dealers and to sign up new dealers across the country.