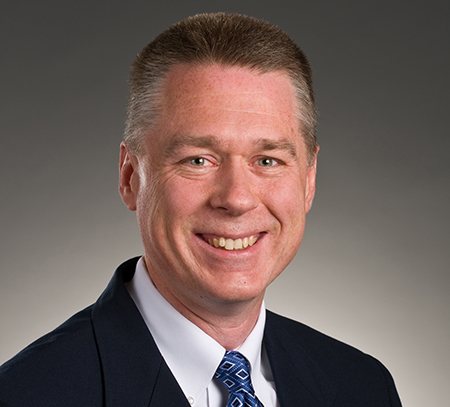 Dave Ham, program director at Ann Arbor-based CFI Group, spoke with DBusiness Daily News about research released today regarding rising consumer expectations during the holiday season and what retailers can do to keep up.

1. DDN: In 2013, quite a few retailers were unable to meet demand during the holiday season. What happened?

DH: I think 2013 was a year of big change. We’ve seen e-commerce growing as a share of total retail, certainly in the U.S., and the holiday season last year seemed to be kind of a tipping point. More and more purchases were being made online and there were various initiatives out there for people to do that, too. For example, there were free trials of the Amazon Prime service, which offers free two-day shipping. And what ended up happening for a lot of retailers — and I think Amazon was a high-profile example — is that a lot of customers, feeling empowered with the idea that they could make the purchase online, made purchases at the last minute. (As a result), many purchases weren’t delivered in time for Christmas. For some people, that’s not a big deal, but if you’re looking at a sad kid on Christmas morning, it can be an issue.

2. DDN: What can we expect to see this year?

DH: There’s a much greater recognition now, at least from the retailers’ standpoint, of getting customers to act early and trying to motivate them (to do so). Retailers want customers to buy early anyway because they want to be able to lock up those purchases, but it will be interesting to see whether consumer behavior changes as a result. And that’s part of what we were trying to get at with this survey.

3. DDN: Were you surprised by any of the results?

DH: The risk retailers face by disappointing customers was something that jumped out at us. Nearly half of customers say late delivery will motivate them to look somewhere else. About one in 10 say they’ll never deal with a retailer again if the delivery is late. A lot of these gifts and products, whether they’re toys or electronics, are available in a lot of different places. Consequently, losing a customer once to a competitive retailer because of a late order (means) you may never get them back.

4. DDN: The report highlights the fact that 94 percent of consumers say offering a “buy online/pick-up in store” option is an important feature when choosing where they shop. How does this service benefit the retailer?

DH: There are a couple of benefits. The biggest is getting the consumer into the store. Typically, if somebody is making the effort to go into the store, there’s going to be the opportunity to sell something additionally. You see this when you’re purchasing (something) online. For example, if you’re buying a technology product, at the point of sale, the website might offer you a cable to go along with it. It might not be a particularly expensive item, but it might be something that’s particularly high margin. So by getting customers into the stores, there’s obviously the opportunity to sell related or different products. It’s important that there are displays that promote other products in the store around the customer pick-up area.

5. DDN: Considering that shoppers are 26 percent more likely to reach out to retailers during the holidays, what should merchants know when preparing their customer service offerings?

DH: For our consumers, there’s a preference for an interactive chat service in general. People like the idea of not having to sit in the call queue (57 percent report they experience a longer waiting time during the holidays). From a retailer’ standpoint, you’ve got the advantage that a good agent may be handling multiple chat sessions simultaneously. It takes less time for the customer. And if there’s less time on hold, there may be less additional staffing. It’s less expensive, and if it’s more friendly to the customer, it’s preferred.