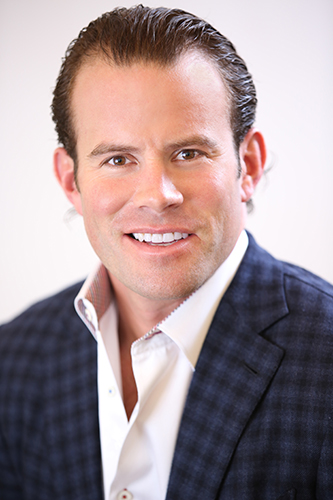 Pete Davis, founder and CEO of Impact Management Services, a staffing and recruiting firm in Southfield, spoke with DBusiness Daily News about lessons learned in Las Vegas and the importance of a company’s culture.

1. DDN: Tell us why you took your company staff to Las Vegas.

PD: Last year, as a company, we flew out to Las Vegas as a quasi-bonus trip after we hit our 2013 goals. I wanted (the visit) to have a dual purpose. I wanted to build morale and reward everybody with a fun, over-the-top trip, but I also wanted everyone to go through that experience with a level of consciousness that most people don’t. And by that I mean paying attention to the little things that a lot of people aren’t conscious of — they just leave knowing they had an over-the top-experience. So, when we were out there, (I asked my staff) to watch for those little things, like the door opening 20 steps before you got there or your water glass never getting half empty. And then (I said), “Let’s figure out to do those little things for our customers and candidates when we get home.”

2. DDN: What stood out most to you on that trip?

PD: We did a private tour with the culture team at Zappos (an online shoe and clothing shop). It gave everybody a firsthand look into what it feels like to be in a company that truly lives it purpose on a day-to-day basis and then guards that culture so that the company doesn’t (hire) people that won’t fit in.

3. DDN: Why was that significant to you?

As an employer, the real job (during the hiring process) is making sure that you disqualify a candidate versus qualify them. And it’s the same for the candidate. Even though they’re looking for a new opportunity, they should do their best to disqualify the opportunity. It’s like any other relationship in your life — when you’re looking to build a personal relationship, whether or not you know it, you have an internal set of core values that you use to vet or filter the people around you.

At (Impact Management), we’re big on culture and making sure that, first and foremost, you’re the right cultural fit. If you have the right technical skill, great; if not, most of the time, you can teach it — unless it’s a position that requires a high level of expertise.

4. DDN: How have employment practices changed in the last five years?

PD: Back (in 2010), the opportunities for employment were very rare, so you found people applying for things that were well outside their unique ability or what their ideal occupation would be. Since then, the world turned back on, especially here in Detroit. Between that and a lot of people leaving (the region/state) to find employment, there was a shortage of A-players. So what you saw were a lot of employers that were enjoying hiring people at a lower hourly (wage) or salary than what they had experienced before the downturn, but then the problem became keeping those people. As the person down the street would land new business and have a need to bring in new employees, all they had to do was offer a little bit more than their competitor. There was a lot of job-hopping going on.

I think it’s settled out now. A lot of the A-players have now found homes and the challenge becomes either recruiting them out of their current position by offering something better or sifting through the people that don’t quite perform to that level.

5. DDN: What is the next step for your company?

PD: There are a lot of mergers and acquisitions happening in our industry right now, but I’m more focused on building out a layer of leadership that we’ll need before we take on an acquisition. Right now, I’m looking for a director of service delivery for my professional placement service and (another) for commercial recruiting services. We’re also looking for sales leaders. I would take up to four if I could find them today.

We also launched an office in Clinton Township at the beginning of February. We have a segment of clients in that area. (We’re also) considering launching an office in Greensboro, S.C. We’ve got some clients that have facilities down there, and I think there’s a great opportunity for more growth.