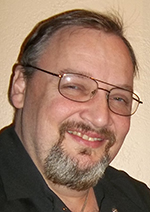 In 1916, Michigan banned the sale of spirits via a voter referendum, a harbinger to national prohibition four years later. When prohibition was repealed in 1933, communities had the option to legislate sales once again, but Sylvan Lake opted to retain its ban on the sale of liquor by the glass.

That law stayed in place until Nov. 5, 2013, when residents voted to repeal the ban. DBusiness Daily News spoke with Paul Mousley, co-owner of Mike Larco’s A La Carte with Tori Larco, who led the effort to include the proposal on the ballot and just started serving liquor by the glass.

1. DDN: Were you and Tori the first to pursue serving liquor by the glass in Sylvan Lake?

PM: No. The owners of the Lodge restaurant tried to get it passed about seven or eight years ago. But it didn’t get passed, so they moved down the street (to Keego Harbor) so they could have their full liquor license. Another restaurant (Italia Fresca) moved in, and they were there for another couple years. And when the building opened up, we were looking for a space for our business, so we took it.

2. DDN: What happened the last time residents voted on the proposal?

3. DDN: What happened this time around?

PM: To be included on the ballot, we had to collect signatures of 35 percent of the voting populous. It ended up being about 330 people. I literally walked around the neighborhoods to collect signatures and talk to people. There weren’t very many people who were against it. Actually, most people were highly for it. And the vote came out that way, too. It was about 80 to 20 percent, approximately — which is a heck of a lot better than 45 to 55.

4. DDN: Are you serving cocktails now?

PM: We got the process (to secure a liquor license) with the state last month. As soon as I had the license in my hand, we were serving cocktails. I’ve put together a fairly complete bar, so if somebody wants a strawberry daiquiri, rum and coke, gin and tonic, or Bloody Mary, Grasshopper, Mudslide, or whatever, they can have it. I’m trying to put everything in to be able to make everything.

5. DDN: How has this impacted business?

PM: We haven’t had a lot of advertising on it, but I’d say business is probably up about 30 percent. I would consider (extending our hours), but it has to show that I need to. When Sylvan Lake drafted their ordinances to be able to do this, they drafted an ordinance that said you can’t serve past midnight. Right now, we close at 10 p.m. on Tuesdays through Thursday; 11 p.m. on Friday and Saturday; and 9 p.m. on Sunday.