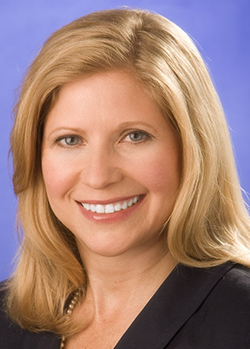 Patricia Nemeth, founding partner of Nemeth Law, PC, a Detroit-based labor and employment law firm, spoke with DBusiness Daily News about recent changes in the law that could affect employers and employees.

PN: Under the Michigan Medical Marijuana Act, an employer can terminate somebody for violating the company’s drug policy. A person can be terminated for refusing a drug test or for testing positive for marijuana use, even if they have a medical marijuana card. That had been established in the statute, but what had not been established is what happens (after the termination). One of the big things in 2014 was a Michigan court case that (explored whether) someone with a medical marijuana card was still eligible for unemployment compensation after being terminated for that particular violation of the drug policy. And the court said they are (eligible).

2. DDN: There was a case last year involving a Ford Motor Co. employee with irritable bowel syndrome who asked to work at home as an accommodation for her disability. How was that resolved?

PN: One of the questions was whether physical attendance at the job might be considered an essential function of the job. In this case, (the court) said that they believed that this individual, who happened to be a resale steel buyer, could do a lot of their work on the computer and on the phone. A lot of the things Ford said had to do with teamwork. They said they would move her workstation closer to the bathroom, (and/or) put her in a different job, but the court said no. She could preform all of her work duties from home during normal business work hours, and was available from home for impromptu meetings that might happen, so the court said (telecommuting) was a reasonable accommodation.

3. DDN: What happened next?

PN: Ford appealed for an en blanc hearing before the 6th (U.S.) Circuit (Court of Appeals), which means it was in front of all of the judges of the 6th Circuit, not just the panel that was assigned to this case. That hearing took place on Dec. 3, so we’ll find out (soon) whether or not this type of thing is upheld.

4. DDN: What else should employers know about?

PN: Quickie union elections. This may be under the radar for a lot of employers, because a lot of them think, “We’re not unionized, we don’t have to worry about it.” But for many years, for decades, when a union filed a petition to organize an employer, the employer would have a certain period of time to talk to its employees, present arguments, and engage in dialogue to talk about the pros and cons of unionization. From the time that the petition to organize was filed and the time of the actual election where the employees vote yes or no, there would be an average of 36 days where dialogue would occur. With the new rule changes at the (National Labor Relations Board), now it’s going to be done in about 15 days. It doesn’t allow employers a lot of time to respond or present any counter arguments.

5. DDN: What can employers do?

PN: If they’re not unionized, they need to be aware of what the major reasons for employees to organize, and they need to be aware of that all of the time. There needs to be more open communication with employees, so if there is an employee unionizing drive, the employees are already aware about why it is the organization has a relationship directly with the employees (rather than) having a union involved as a middle person. I think that smart employers will look at that and say, “How would we address it if someone came in the door and filed a petition? If we had a union election here in 15 days, could we win that or not?”