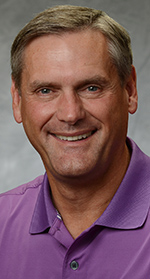 Nick Nicolay, president and owner of Madison Heights-based Kar’s Nuts — which ranks second only to Planters for trail mix, according to the most recent Nielsen data — spoke with DBusiness Daily News about his company’s growth and future.

1. DDN: Your company has been around since the 1930s. How has it grown in recent years?

NN: In 2004, we moved to Madison Heights, where we reside in what we affectionately call our “World Headquarters.” We left a 50,000-square-foot facility (in Ferndale) for a 131,000-square-foot facility and now have about 190 employees. We still maintain the direct store distribution system that was always the core of the business but (we) now sell products to supermarkets, club stores, the vending trade channel, and other kind of nontraditional retail outlets as well, such as dollar stores. We’ve doubled our business in the last four years.

2. DDN: What did you do to increase business?

NN: No 1. would be the creation of the Second Nature brand, which is more of an upscale, premium all-natural line of trail mixes. That’s a brand that supermarkets had an interest in — more so than our (flagship product) Sweet ‘N Salty Mix — so that allowed us to get a larger audience. No. 2 would be a more aggressive move into the supermarket category, where we never played before. So today, we’re doing business in at least more than half of the top 75 supermarkets in the country. And then No. 3 would be that Sweet ‘N Salty has now followed Second Nature into the supermarkets, which have been more receptive to that product given the success of our Second Nature line.

3. DDN: How do you stay competitive?

NN: Everybody in the (nuts and trail mix) category competes with Planters. We learned in the ’90s that for us to be successful, we were going to have to (offer products) outside of just the traditional peanut or nut categories. So we started to move into the trail mix category, which led to the creation of our Sweet ‘N Salty Mix, which has really allowed us to compete.

We’re always looking for new combinations of ingredients for our trail mixes, so we watch flavor trends, not just in our categories, but in other categories as well. So (with the popularity of) Greek yogurt, we came out with Mediterranean Medley under the Second Nature label, which includes (Greek-style yogurt drops) in its ingredients.

4. DDN: What other trends have impacted your business?

NN: You’re seeing more of the natural trends today, where people want to pick up a snack that has a simple ingredient legend on it. They don’t want to see a lot of additives or preservatives in their products. We got out of the hydrogenated oil category a number of years ago, and now that we’re seeing a move away from the artificial colorings, that’s something we’ll be pursuing here in the next year or so.

5. DDN: What’s next for the company’s future?

NN: I think next up for us is just to engage consumers in trying the category. The trail mix category is only about one fifth the size of the total nut category, so there’s still a lot of people who don’t eat trail mixes. A good example of that is we received an email from a customer whose kids came home from Halloween with a bag of Sweet ‘N Salty Mix. And she was kind of pooh-poohing it, but then a few days later decided to give it a try. And now she’s hooked on it, and she wanted to know where else she could find it. That tells us that we need to do a better job in engaging with consumers to get them to try the product and really even consider the category.