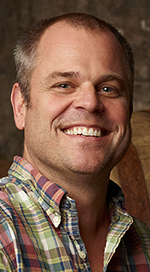 Established in 1997, Grand Rapids-based Founders Brewery ranked as the 30th largest U.S. craft brewery by sales volume in 2012 and, for the past six years, has experienced an average compounded annual growth rate of 63 percent. Mike Stevens, the brewery’s CEO and co-founder, spoke with DBusiness Daily News about the company’s history and the future of craft beer.

1. DDN: After 17 years, it appears Founders has hit its stride. What was it like when you first started?

MS: When we first opened, the craft industry was very young. There weren’t many craft breweries in the mid-’90s, but there were some. We kind of surveyed the market and did a bit of a copycat. Everybody was making pales and ambers and all the standards, so we came out and made the beers the market was looking for. But when you’re just doing what everybody else is doing, you don’t have the opportunity to stand out.

We probably spent our first three years in pursuit of those kinds of beers, and that’s when we really started running into troubles and were faced with bankruptcy. And at that point, we thought, “If we’re going down, let’s start making some of the beers that excite us and got us into the industry in the first place.” So we made the decision to change direction and started brewing beers that we wanted to drink. That actually became our slogan: “We brew beer we want to drink.” Since then, it’s shortened to “Brewed for us.” There’s a lot of meaning in there because it was the game-changer for us. It’s when we threw everything out the door and really entered into the world of what they call “extreme brewing.”

2. DDN: Is that when things started to take off?

MS: At that time, the beer geeks of the world were not many, but they were loud. They were the ones blogging about beer, talking about this emerging craft beer market. And they gravitated toward Founders. It did a lot in terms of getting us brand recognition and helping us to grow our brand. This was the early 2000s.

We still spent another 10 years or so losing money, but there was an advantage in coming into the industry too soon. We were in our late 20s when we started the company, and we didn’t know anything better. It allowed us time just to grow up. When you start a business from scratch, you’re going to screw up a lot. But when we screwed up, nobody was watching because there wasn’t much of an audience. It gave us a dozen years of cutting our teeth and learning how to be (better) businessmen.

So when all of a sudden this craft bubble decided to take off and blow up — about six years ago — we were ready. We had 10 to 12 beers (in production), and it was right around the time when we moved into a new facility. We were locked and loaded with substantial capacity, good staff, and a good force behind us.

3. DDN: What’s next for the craft beer industry?

MS: Without a doubt, the industry is here to stay. We saw a large acceleration about six years ago in terms of craft awareness and popularity. It’s an interesting product because the flavor profiles are just so dramatically different than what the big domestic beers are. Once your taste buds convert over, it’s extremely hard to go back.

One thing that is extremely telling is about 17 years ago, (co-founder) Dave Engbers and I were selling beers over the bar to our first customers, (some of whom) had small children. Well, now we’re selling beers over the bar to those small children who are now above legal age. This is a whole generation now that’s grown up watching mom and dad drink craft beer. They don’t know domestic. That’s extremely powerful.

4. DDN: What trends do you see within the craft industry?

MS: We’re seeing some brand trends take off here. One in particular here would be a product we have called All Day IPA (India Pale Ale). It’s what they call a session ale — lighter in alcohol, but full flavored. By default, the extreme beer movement ended up with all of these beers that were 10 percent, 13 percent even, (alcohol content). And after a while, it’s kind of hard when everybody you meet wants to have a beer with you when you’re in the brewing industry. So eventually you kind of have to say, “No mas. Can we get something that tastes good that’s got a little less alcohol?”

So we set out and spent four years in development on that product, and that’s really taken off. Founders All Day IPA is kind of leading that category and that charge throughout the country. It’s something that we’re really planning to put some effort behind this year.

We’re also going to open new markets in some other states. We’re bringing the product westward, so we’re looking at Arizona and California to start.

Pfizer to Invest $750M at Kalamazoo Facility for Medicines and Vaccines

Ford and SK On Report Progress on $5.8B Kentucky Battery Park

Pfizer to Invest $750M at Kalamazoo Facility for Medicines and Vaccines

Ford and SK On Report Progress on $5.8B Kentucky Battery Park