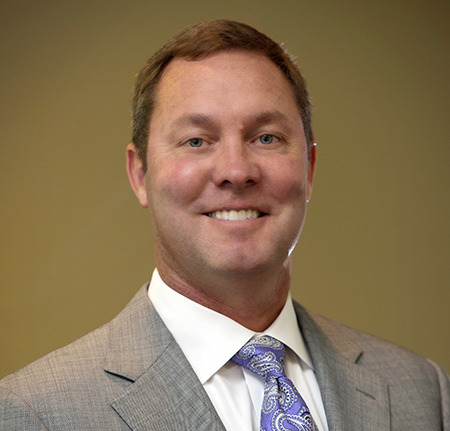 Michael Whan, commissioner of the Ladies Professional Golf Association, spoke with DBusiness Daily News about the LPGA partnering with the Turning Point Scholarship Fund and Cornerstone Schools to host the Turning Point Invitational, to be held Aug. 25 at the Country Club of Detroit in Grosse Pointe Farms. The event hopes to raise $1 million to help local students attend Cornerstone Schools in Detroit (Pre-K through 12th grade).

1. DDN: What’s the history behind the Turning Point Invitational?

MW: A lot of people think of Arnold Palmer’s U.S. Amateur victory (in 1954 at the Country Club in Detroit) as the turning point in his career. It’s when he went from a quiet carpenter’s kid that nobody had ever heard of to someone whose career really blossomed. When they decided to celebrate the 50th anniversary of that win (in 2004) at the Country Club of Detroit, they had a private gathering where they had dinner with Arnold and then had a golf outing the next day. The monies raised during that outing all went to Cornerstone to build out these Cornerstone Charter Schools and to help kids, who wouldn’t otherwise have the funds to get there, through these scholarship programs.

2. DDN: Why did the LPGA decide to become involved this year?

MW: This is pretty typical for us. We always say the LPGA lives off of corporate heroes, people that have a purpose bigger than just the product they sell. And when you meet Clark Durant (co-founder of Cornerstone Schools) and the board, you realize that this is about more than schools. This is about Detroit, this is about a rebirth, and this is about giving kids opportunities they wouldn’t otherwise have.

Our goal is to bring in the LPGA in and really take the covers off of Cornerstone — not only in Detroit, but nationwide. We want to share this story on a bigger platform, and hopefully lead to a bigger LPGA stop, where we celebrate Cornerstone and what’s happening with the inner city of Detroit on an annual basis.

3. DDN: What can people expect from the event?

MW: There’s going to be 23 pros playing in outing groups. People who make a contribution to the scholarship fund can play with them. Fans can also come out and watch. The nice thing about this group is that you’ve got a nice mix of players, from superstars from yesterday to superstars today. Whether they’re players from the 1970s, ’80s, and ’90s, or Mo Martin, who won the Women’s British Open last week, it’s a pretty impressive list of superstars out here.

4. DDN: Can you offer any advice for keeping up with the pros?

(Laughs.) I always give amateurs and pro-am groups the same advice on the first tee: no matter how good you think you are or how bad you actually are, this player has seen better and has seen worse. She will forget about your swing by dinner tonight, so you might as well just have fun and tell some jokes and high five. I always find that people are way too nervous about their score. Most of the pros are just there to have fun.

5. DDN: What else are you up to in Michigan?

MW: We have the Meijer LPGA Classic in Grand Rapids (in August), which is a brand new event for us. I’m also visiting with a few corporate prospects in the state that have raised their hands and said, “How can I help Cornerstone?” So Clark and I are going to visit with them and see if they can engage in a bigger vision than just a one-time pro-am.