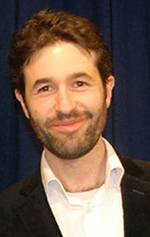 Just weeks after winning first place in IT at the 2013 Accelerate Michigan competition, Michael Kaye of PlanReaction was named “Best of Boot Camp” at the recent Ann Arbor Spark’s entrepreneurial workshop. Kaye spoke with DBusiness Daily News ­about how he started his company, and how it works to save firms time and money by quickly producing efficient layouts for office spaces.

DBusiness Daily News: What sets your company’s software apart from others in your industry?

Michael Kaye: It’s the next generation in design automation technology. We accelerate the design process by order of magnitude. It can take a team of many people hundreds of man-hours to generate one design. I can generate 20 of them in two minutes.

DDN: How did you develop the software?

MK: I had a vague idea of what I wanted to do and had found just by searching through academic papers that this problem had existed since the 1970s. Computers were not able to generate floor plans — at least not very well. There was a paper that was very impressive to me, and I called the authors to talk to them about it. They told me (the idea) was junk and that it would produce garbage. I decided to try working on it, and they were right, it produced garbage.

I spent the next year and a half working on this problem, beating on it, and doing everything I could. As a matter of fact, about a year ago, I was ready to pack it up. I couldn’t get it to work right. I have a wife and four children, and I hadn’t turned a cent. But then, I thought of something that had to do with these papers I had read. It took me two days to implement, and almost all of my problems were solved.

A lot of times, you will solve one problem and create a whole bunch more. I spent the next two months improving it, and now it is 100 percent reliable. It’s a powerful system, and it runs incredibly fast.

DN: What’s your next step?

It is not very long from today that it can be released commercially. Soon it will be accessible over the Autodesk Exchange Apps, which is an analogist to the Apple ITunes or Google Play stores. The plug-in will initially be for the Autodesk platform and then we will expand to other CAD platforms down the road.

DDN: What have you learned from this experience?

DDN: You spent some time in California before working in Michigan. How do the two states compare for start-up businesses?

MK: I worked for six years in Silicon Valley. That’s a good place but, as far I am concerned, there is a lot of help here. I am not saying that there isn’t help there, but it’s of a different nature. If you’re not a hustler and you are not cutthroat, you may not get through an incubator there. (In Michigan), it’s more like, “There’s value there, let’s work on it.”