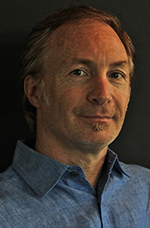 Matt Rossetti, president and CEO of Rossetti, an architectural design and planning firm that last summer moved into the Federal Reserve building in downtown Detroit, spoke with DBusiness Daily News about its local and global projects, including a major redesign of the Daytona International Speedway.

1. DDN: What is Daytona Rising?

MR: It’s a completely new facility for the Daytona 500, which is NASCAR’s premiere event. We’ve been on board for about five to six years on the master planning. This is going to be a complete transformation for the sport. (Right now, the facility is) basically just scaffolding facing a track.

We’re taking the approach of what we do for arenas and stadiums for this project. We’re taking an NFL stadium, splitting it wide open, and creating a linear, mile-long stadium that holds almost 110,000 spectators.

2. DDN: What’s it like to pair up with Southfield-based Barton Malow on a project of this size and scale?

MR: Barton Malow is the builder, we’re the architect. We’ve done a lot of work with them, and we recently finished the new hockey arena for Norte Dame (University) together. They’re a family-owned business like we are, so we have very similar values, and they’re super easy to work with.

For the Daytona Rising project, we have a very controlled budget (around $400 million), so our two firms have had to get really creative. Most NFL venues today, which are only 75,000 seats, are well in excess of $1 billion. So if you put it in that scale, you can see we’re a bigger scope at half the cost.

3. DDN: How have you stayed on budget?

MR: From the design perspective, we created what we call fan injectors, so we were able to concentrate on these five highly immersive entry points to collect people. As I mentioned, this is a mile-long building, so rather than focusing all of the money and all of the energy all the way across that mile, we were able to put most of that effort and money into these fan injectors.

From the process perspective, Barton Marlow and we have created a cutting-edge (building information modeling) tool, where almost everything is done electronically. There aren’t rolls and rolls of documents like you would have on any other project. Instead, we have smart boards where the drawings come up for us and then we can send them immediately to (Barton Marlow). They can mark up a sketch in Daytona, and we’re seeing it on our computers here in Detroit. So we’re taking a lot of the middle out of the process by going directly from the design straight to construction by using technology.

4. DDN: What other projects are you working on?

MR: Over the last five years, we’ve focused our business (outside of Detroit) primarily on hospitality and sports, so we’re really a sports entertainment company now. When we’re in Detroit, we do everything of consequence — projects we feel matter to our community, matter to our clients, and matter to us. We work on any size and any type of project here.

So, in the city, we’re part of the team working on Cobo Center. We’re working with General Motors on the riverfront, and we’re working with Rock Ventures on probably six or seven projects in downtown Detroit. (Outside of Michigan), we’re working on a new hockey arena in Stockholm and Switzerland; a World Cup stadium in Doha, Qatar; a new training facility for the Los Angeles Lakers; and major renovation work for the Boston Bruins, Cleveland Cavaliers, and the Seattle Seahawks. We’re probably the busiest we’ve ever been.

MR: I would say it’s because we moved to downtown Detroit (from Southfield). People say, “Well, it’s been a soft value add.” Ours has been a soft and hard value add. We have been able to attract so much talent in our new space — it’s incredible. The amount of resumes that come to us has increased tenfold since we’ve moved to the city.