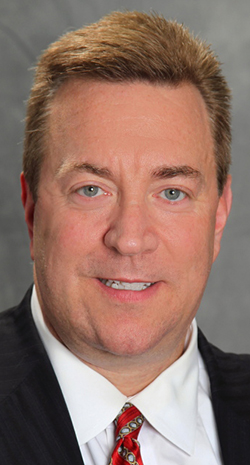 Mark St. Peter, CEO and managing director of Computing Source, a digital evidence and legal technology firm in Madison Heights, spoke with DBusiness Daily News about the growing and evolving field of e-discovery.

1. DDN: How many digital documents do you unearth for the average case?

MS: They tend to run in extremes, so I don’t know that it would be fair to average them. We had one case that ran from 2006 through 2010, and it had about 3.5 million documents. And then, at the other end of the spectrum, we’ve had cases that have 9,000 documents. Considering the depth and breadth of digital information, some of the best evidence can be found in texts, emails, and digital communications.

2. DDN: What challenges does e-discovery present?

MS: The courts are starting to recognize that this can be a tool or a weapon, if you will, in litigation. For instance, a smaller company can use the crippling costs of discovery to bring a Fortune 500 company to its knees. It might cost so much money for (the larger company) to search for and produce the requested information, they might just settle to be done with it. So the courts are starting to introduce things that make it a level playing field, things like cost sharing.

3. DDN: How do things stand in Michigan?

MS: (The U.S. District Court for the Eastern District of Michigan) has introduced a model order, (which establishes a set of guidelines to help determine the terms of the e-discovery process for a given case). For instance, they believe attorneys should consider date ranges since most legal issues involve something that happened in a very specific date range. The model order contemplates something called proportionality. Because if you have a $100,000 lawsuit, it doesn’t behoove you to have a $1 million document search.

4. DDN: How involved were you in Detroit’s bankruptcy case?

MS: We worked it from almost every angle. We worked for both the creditors and the city, providing evidence in court (through) video and displays of electronic documents. At the same time, one of the major litigants in the bankruptcy was from a firm in Chicago, and they had us doing a lot of document printing and binding for offering evidence in court. We had a line out the door almost every night before a major hearing.

5. DDN: How has the growth of technology impacted your business?

MS: Attorneys are starting to embrace the reality that there’s less and less paper every day, while the digital exchange of information is growing exponentially — it’s doubling, quadrupling, quintupling. We’ve watched ourselves grow from (revenue) in the $2 million to $3 million range to more than $10 million annually, and that number could continue to grow. Organically and strategically, we’ve made the business decision to stay in the Great Lakes/Midwest area. We’re currently in Michigan and Illinois, and we’re opening in Indiana right now. We have plans to move into Milwaukee, Cleveland, and Pittsburgh, and I also aspire to move into Toronto one day, which involves going international. Buffalo is also an attractive target within the scope of our three-to-five-year plan.