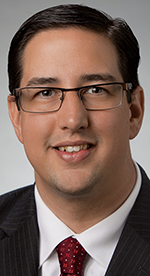 The U.S. House of Representatives last week passed the Innovation Act, a patent reform bill designed to curb abuse by patent trolls — entities that don’t make any products but attempt to collect licensing fees from accused patent infringers. A similar bill is awaiting Senate approval. DBusiness Daily News spoke with Marcus Sprow, Intellectual Property counsel in the Detroit office of law firm Foley & Lardner, about the impact of the act.

DDN: How does the Innovation Act attempt to curb abusive practices among patent assertion entities or “patent trolls”?

MS: It would provide heightened pleading requirements, which means that the person or company asserting a patent would have to do a little bit more due diligence before they actually bring a lawsuit against a company. It puts some strictures in place that requires them to identify who has the ultimate interest in the patent, and whom is the owner, and so on. And it would increase the cost for the company or person asserting the patent.

DDN: Can you provide an example that involved patent trolls?

MS: I have to avoid specifics because there are client confidentiality issues, but like any other industry, the auto industry runs into companies asserting patents against them all the time. Some of those are broad reaching and some of them are not. (Our firm represents) a lot of suppliers, and there have been numerous times over the past few years where we have situations where we’ve had to do patent analysis because some entity is asserting patents that may or not have value. But you still have to do the analysis whether or not the claim has merit.

There has been a pretty well publicized case in Detroit recently that relates to navigation systems, where a patent-holding entity asserted against several different OEMS that their navigation systems ran afoul of some patents. That’s just one example of a case where there’s an entity that holds patents that doesn’t really manufacture anything asserting it against somebody in the automotive industry.

DDN: Have you seen an increase in patent trolls in recent years?

MS: Rep. Bob Goodlatte, R-Va., has a video on his website that talks about how, back in the day, Henry Ford was subject to what we would refer to as a patent troll. So this goes way back in our system. However, there’s certainly been an increase in entities that are established for the purpose of monetizing patents. And there’s studies that show that when you look at all of the patent litigations filed in the U.S. every year, somewhere between 40 percent and 50 percent of those are under the purview of what one would call patent trolls or patent assertion entities. So, I think there’s been a significant increase over the past few years.

One can debate the merits of what a patent assertion entity brings to the table. Some could argue that they are simply paying the original inventors for their patents and then their monetizing them, so maybe that’s a service.

DDN: Not everyone is favor of the act. Why is that?

MS: Patent troll is a pejorative term, and it’s really a definitional challenge that we have. It’s intended to cover anybody who has a patent but doesn’t necessarily make anything. But when you think about that, that’s a pretty broad definition. So, for instance, universities don’t really make products but they hold lots of patents and sometimes they sue on those patents. It’s possible that they would be considered a non-practicing entity or a patent troll.

What the Innovation Act does not do is differentiate between patent assertion entities and regular people and companies who have patents. It puts those same requirements on everybody and, therefore, it may have an impact on everybody — not just on the actions it’s intended to cure. It may increase the cost for everyone asserting a patent.

The House bill that recently passed is sort of a broader bill that doesn’t distinguish between patent assertion entities and everyone else. There’s a co-pending Senate bill that is more narrowly tailored to curb only the most perceived abusive activity. And that may be a better way to approach it.

DDN: What will be the outcome of the Innovation Act if it makes it through the legislative process?

MS: Whether it goes through in its current form or is modified by the Senate bill, I think companies in Detroit and across the country would face fewer lawsuits or at least face lawsuits that have more merit. In turn, this would reduce cost internally, which would then be passed on to the customer. As it stands, if a company is forced to defend a patent lawsuit, those costs are paid somewhere and it ultimately hurts the consumer. I think the thought is that where reform happens, in the end, it will be for the benefit of both manufacturers and consumers.