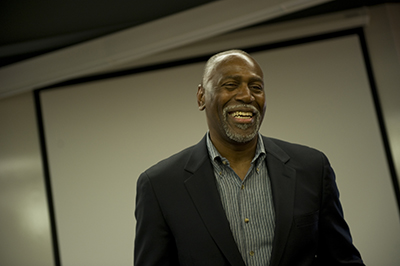 Lee Meadows, a professor of management at Walsh College in Troy, spoke with DBusiness Daily News about what he’s learned about workplace bullies during his career as a researcher and business consultant.

1. DDN: Who are workplace bullies?

LM: Oftentimes, the No. 1 bully identified is (a person’s) boss. Second, of course, are peer groups. I think every organization — whether it’s public or private, for profit or nonprofit, or government at the state or local level — (experiences) elements of bullying.

When I first started paying attention to this about 10 or 11 years ago, when an employee confided in me about the things that were happening to them — constant criticism, people taking credit for work they had (not) done, sometimes not being part of the inner circle of groups who get invited to here or there — my initial thinking was that maybe they weren’t doing the right kind of networking. But as I started to look at some of the organizations where I was doing consulting work, I found I was hearing similar stories. And at a certain point in time, things stop being coincidental.

2. DDN: How do you discern workplace bullying from a demanding boss?

LM: There is a distinct difference between the two. Most of us can work for a demanding boss because that person has standards to which they hold everyone accountable. Their behavior is consistent with everyone in terms of the demands that they make. A workplace bully tends to isolate a certain victim, or victims. It tends to be more personal, and there’s typically some agenda they’re trying to achieve with that person that they can’t achieve with anyone else. So you can see the inconsistent application of their behavior.

3. DDN: How have things changed over the past decade?

LM: (After the recent recession), one of the things that happened was people took on more tasks and had more relative power to make those tasks happen. In the meantime, things like leadership training and management development were cut because they were considered ancillary kinds of things that people can learn on the job. Those being bullied weren’t going to say anything because of the threat of losing their job. Because when you’re trying to weigh “Do I confront this individual who is bullying me and possibly lose my job?” versus “Keep my job and pay my mortgage,” that paints a more complex picture than the good ol’ days of the 1980s, when folks would say, “Take this job and shove it.” (Laughs).

But as the economy gets better and people feel more stable in their ability to move up in an organization or into another organization, we may see a (decrease in bullying).

4. DDN: What can an employer do to develop a bully-free culture?

LM: It starts at the top, with leaders who say, “We expect individuals to be respected and treated as professionals.” That’s something you can do with organizations that don’t have too long of a history because you can begin to check some of this early. The real problem is with these established workplaces that already have their cultures in place. Culture is a very difficult thing to try to change, but that doesn’t mean it can’t be done.

Also, a lot of this is a direct result of the selection process (employers) use to put people into positions of relative power. We don’t spend enough time asking, “Who are these individuals? What’s their thinking around working with people? How do they manage or handle a crisis?”

5. DDN: What can employees do who think they’re being bullied?

LM: One of the things they can do is seek out the confidentiality of human resources. They will want to know about the behavioral patterns. Don’t focus on the personality; just tell them about the bullying behavior. So at least there’s some record or documentation that shows something is going on.

The more challenging thing for the person to do is to confront the behavior itself. It doesn’t mean (the bully) will change, but if you say, “This is what I have observed, this has been the impact on me, and I want to understand why it’s occurring,” then — even if the person denies it or chooses not to change that behavior — they can’t ignore the fact that you have acknowledged it.