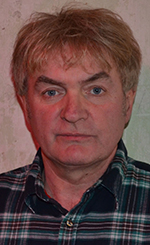 Kevin Nixon, co-founder of the Detroit Institute of Music Education (DIME) that has temporary space in the central business district, spoke with DBusiness Daily News via email about the new venture, its permanent home in Capitol Park starting in September, and what it means for the region and state.

1. DDN: What distinguishes the Detroit Institute of Music Education?

KN: The specialism on your chosen “discipline,” which is guitar, bass, drums, vocals, songwriting, or musical entrepreneurship. At DIME, you work 100 percent of the time on what you love the most. We also do not encourage recording until you have your skillset and performance up to scratch. Once that is achieved and you have a better understanding of the professional music industry, recording is a great deal easier, and you will also have purpose behind the recording. Young people know how to record from the great software on their computers, so they don’t really need to spend time with us doing that until they are at a high level — then we go into the best studios.

2. DDN: You and your business partners helped found the Brighton Institute of Modern Music in England. How will this program compare?

KN: We are here to build and centralize a musical community as we have done in other cities. We founded BIMM in 2001 with 180 students in one building in Brighton (England). When we sold it in January 2012, it had grown to three centers in Brighton, and one each in Bristol (England), Dublin, and London with over 2,000 full-time degree-level students and we felt that, for the UK market, it was at capacity.

The basic concept of DIME is similar to the original values we have always had — specialism without compromise, heavy emphasis on performance as opposed to recording, long-term career planning in professional music, (and) substance in quality.

3. DDN: When you decided to establish a U.S.-based institute, did you consider any other cities and why did you ultimately decide on Detroit?

KN: After a lot of research, we had started work on going to New York as far back as 2010 and we were quite well down the line. But we knew Charlie Rothstein, the founder of (the) investment company Beringea (in Farmington Hills), and he brought us here last summer. We had also been approached by American Idol and they were looking to shore up their brand by doing something in education (called) AI Academies. We looked at it, but it was miles away from what we do as we are all about sustaining long-term career aspirations. We support anything positive for modern music, but the idea of “rejection” for so many hopefuls isn’t something we subscribe to.

We didn’t fit with Idol, but we did fit with Charlie, and he showed us the side of Detroit that the media is missing — the massive upswing and the great buzz of young people flooding into downtown. And we wanted to be part of that. Charlie also introduced us to Dan Gilbert (founder and chairman of Quicken Loans) on that trip, and he was very supportive and inspirational. I found him easy to get along with.


4. DDN: The school will formally open this September in the Bamlet Building at 1265 Griswold St. in Detroit’s Capitol Park. What can visitors expect to see when it opens?

KN: The new building is something very special, and it’s a learning environment that is cool to young people. The team I have put together to build it are firstly, very original. Secondly, they are young; thirdly, they are brilliant at what they do; and fourthly, they have joined in the spirit of pioneering something very different. I am talking about Neumann/Smith Architecture, dPop, Sachse Construction, the Bedrock team, and a whole host of the best people in Michigan. Doing a degree at the new DIME building (in Capitol Park) — (rather than at) any other campus — will put us light years ahead. We see it as the start of a revolution in learning.

KN: The eventual capacity is over 1,000 full-time students, but it’s about quality so we are patient. It’s not a buns-on-seats business, as we say in England. We want the best, most passionate young musicians and entrepreneurs, so we don’t mind how long it takes to get them.

Once we are going strong in Detroit, we do have other cities in sight, but they will also only be the musical heritage (cities) around the Mississippi Delta up to Chicago. That reflects what we teach about modern music. Our curriculum starts around 1900 with the Delta blues and goes all the way to today — the history of modern music. If you follow that history, it went from New Orleans up the Mississippi via Memphis, migrated over to Nashville via Hank Williams and Elvis, up to St. Louis (Chuck Berry), up again to Chicago (Muddy Waters), then over to Detroit where everyone could get work (Berry Gordy came out of the car factory). Hence, they are the musical heritage cities.